James LaBrie net worth: James LaBrie is a Canadian singer and songwriter who has a net worth of $20 million. James LaBrie was born in Penetanguishene, Ontario, Canada in May 1963. He is best known for being the lead singer of the progressive metal band Dream Theater.  The band formed in 1985 under the name Majesty, and LaBrie took over as lead singer for Charlie Dominici in 1991.  Dream Theater released the albums Images and Words in 1992, Awake in 1994, Falling into Infinity in 1997, Metropolis Pt.

2: Scenes from a Memory in 1999, Six Degrees of Inner Turbulence in 2002, Train of Thought in 2003, Octavarium in 2005, and Systematic Chaos in 2007. Their 2009 album Black Clouds & Silver Linings and 2011 album A Dramatic Turn of Events both reached #1 in Finland and the Top 5 in Germany, the Netherlands, and Sweden. The band has also released the albums Dream Theater in 2013 and The Astonishing in 2016. They have also released eight live albums and eight video albums. LaBrie was featured on the self-titled album by the band Winter Rose as well as two albums by MullMuzzler and four solo albums. 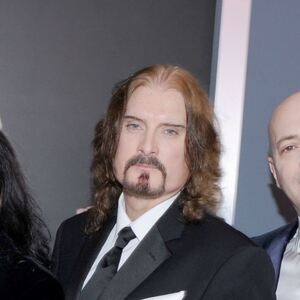