Ingram has also had 22 hits on the Adult Contemporary chart and two #1 singles on the Hot 100 chart with "Baby, Come to Me" (with Patti Austin) and "I Don't Have the Heart". He has won two Grammy Awards and has been nominated for Best Original Song twice at the Academy Awards. Ingram recorded the song "Somewhere Out There" with Linda Ronstadt for the movie An American Tail. He has recorded five solo studio albums including his debut It's Your Night in 1983 which was certified Gold in the U.S. Ingram's other successful singles include "Just Once" (with Quincy Jones), "How Do You Keep the Music Playing? (with Patti Austin), "Yah Mo B There" (with Michael McDonald), "What About Me? (with Kenny Rogers & Kim Carnes), "Always", "(You Make Me Feel Like) A Natural Man", and "The Secret Garden (Sweet Seduction Suite)" (with Quincy Jones featuring Al. B. Sure!, El DeBarge, and Barry White). Unfortunately James Ingram died on January 29, 2019 at the age of 66 after suffering from brain cancer. 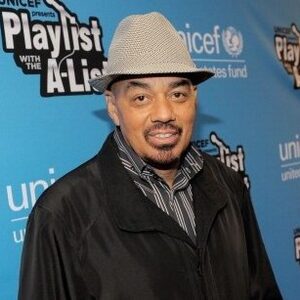