How much is James Fortune Worth?

James Fortune net worth: James Fortune is an American gospel music songwriter, producer and recording artist who has a net worth of $2 million. He is born November 29, 1978 in the small town Sugar Lend, Texas. His first album called "You Survived" came out in September 2004. The album was an instant success, introducing him to the world of gospel music. That album introduced James to the entire music world, effectively showing his magnificent talent for gospel music. "You survived", the first song in that album went to the second position on charts of some of the most influential radio stations from all over the country, and also it remained among the best seven songs in the next three years.

2006 was the year in which he received great honors for his debut album "You Survived". That leveled him with some of the greatest musicians today, musicians like Kirk Franklin, J. Moss, Mary Mary, etc. James and F.I.Y.A are almost regularly nominated for the best choir awards, head to head with the best choirs in the country. They have been nominated as such four years in a row. Another compliment and appreciation for their work is the fact they are often asked to open for a number of great musicians. They have shared the stage with musicians such as Stevie Wonder, Kim Burrell, Donald Lawrence, Albertina Walker and many others.

The biggest achievement of James and F.I.Y.A is going on a tour and performing with legendary musicians such as Vivkie Yohem, and Rizen. January 22 2008, is the date when their album "The Transformation" came out. Throughout the many years they are responsible for releasing numerous hit songs. Almost, in any time there are some of their songs on the charts across the country. James and F.I.Y.A. remain as one of the most consistent gospel choirs in the country, always upgrading their high standards. 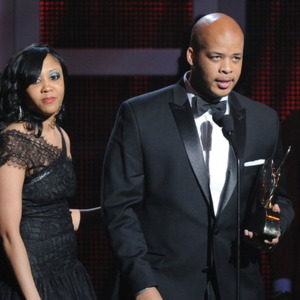