James Durbin net worth: James Durbin is an American heavy metal singer and guitar player who has a net worth of $1.5 million. James Durbin first became famous as the fourth place finisher on the tenth season of American Idol. He was born on January 6, 1989 in Santa Cruz, California. His father was a musician who tragically died of a drug overdose when James was nine.

James has been diagnosed with both Tourette syndrome and Asperger syndrome. He attended a Santa Cruz music school called Musicscool and was a member of two bands before American Idol. He was the lead singer for a metal band called Hollywood Scars and the other band was called Whatever Fits. The Hollywood Scars band was heavily influenced by major groups such as Metallica, Pantera, Judas Priest, Dream Theater, Guns N' Roses, Iron Maiden and Montley Crue. Hollywood Scars were inspired by Hollywood's Sunset Strip in the 80's and early 90's, everything from the glitz, glam, and decadence were bases for their songs and music. Before Durbin was a contestant on American Idol's season 10, he had previously auditioned for American Idol in Season 8, but was not chosen. After his elimination Durbin came back to appear on the American Idol Season 10 finale, singing "Livin' After Midnight" and "Breaking the Law" alongside British heavy metal band Judas Priest. In March 2017, Drubin confirmed that he had been named the new lead singer of 80s rock band Quiet Riot. 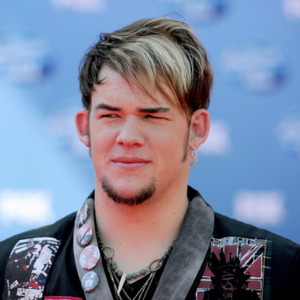