James Brown net worth: James Brown was an American musician who had a net worth of $100 million at the time of his death in 2006. James Brown was commonly known as "The Godfather of Soul". When he died, he had the respect and admiration of millions of fans around the world.

Early Life: James Brown was born on May 3, 1933 in Barnwell, South Caroline. His 16-year-old mother, Susie, gave birth to him in a small wooden shack. Brown and his parents lived in the extremely impoverished town of Elko, South Carolina. They later moved to Augusta, Georgia, when James was five, first settling at one of his aunt's brothels and then later moved into a house shared with another aunt. Brown's mother eventually left the family after a contentious and abusive marriage with his father Joseph and fled to New York without James. Brown managed to stay in school until the sixth grade, spending long stretches of time on his own and hustling on the streets to get by. Brown began singing in talent shows and performing buck dances to entertain troops from Camp Gordon at the start of World War II. He learned to play piano, harmonica, and guitar during this period. At age 16, Brown was convicted of robbery and sent to a juvenile detention center. There, he formed a gospel quartet with four fellow cellmates. He was paroled in June 1952 and afterward joined the gospel group the Ever-Ready Gospel Singers.

Career: His career, spanning many years, began in earnest in a gospel group called The Gospel Starlighters. The group eventually changed their name to The Flames, and toured (with Brown in tow) many venues in the south. The early recordings made during this time show a heavy influence from R&B artists like Little Richard and Ray Charles. The Flames released their first R&B hit with "Please Please Please" in March 1956, and the song went on to sell a million copies.

From these early days, James Brown eventually evolved into a solo performer, but his music continued to grow and change. In October 1958, Brown released No. 1 hit "Try Me", the first of seventeen chart-topping R&B hits. In 1962, Brown and his band scored another hit with their cover of "Night Train," and released the ballads "Lost Someone" and "Baby You're Right." In October of that year, Brown financed a live recording of a performance at the Apollo and convinced Syd Nathan to release the album. "Live at the Apollo" was released the next summer and became an immediate hit, eventually reading No. 2 on the Top LPs chart and staying on the charts for 14 months. In 1963, Brown launched his own label, Try Me Records. Brown released "Papa's Got a Brand New Bag" in 1965, still one of his biggest hits to date, and win his first Grammy Award. Later that year, he released "I Got You" which became his second single in a row to reach No. 1. He followed it up with the ballad "It's a Man's Man's Man's World", his third top 10 Pop hit and yet another No. 1 chart-topper in R&B. The late '60s and early '70s saw Brown emerging firmly into the funk scene.

From 1970-1975, Brown had earned himself the nickname The Godfather of Soul. He spanned a wide variety of genres, including gospel and rhythm and blues in the early days, to incorporating elements of funk and traditional African music into his work. In the 70s, James Brown coped with the changing trends in music by experimenting with disco, but most of these efforts failed to match the success of his earlier work, most of which are much more popular than disco is today. "Papa Don't Take No Mess" in 1974 would prove to be his final single to reach No. 1 on the R&B charts and marked his final Top 40 pop single in the '70s. 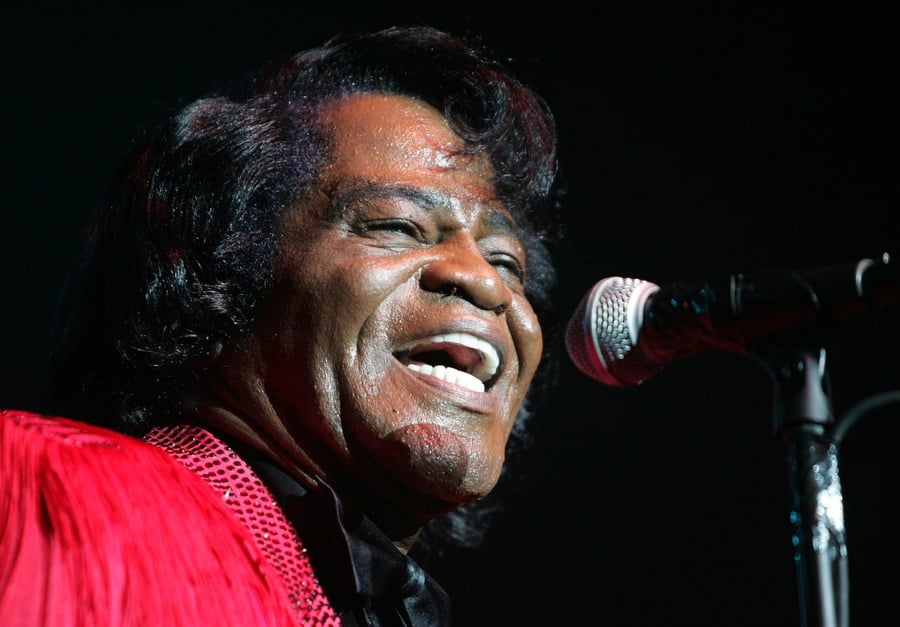 The majority of the eighties proved to be a decline in both popularity and in sales for James Brown. He scored a big comeback when he signed with Scotti Brothers Records and issued the moderately successful album "Gravity" in 1986, which contained his final Top 10 pop hit of his career, "Living in America." This marked his first Top 40 hit since 1974 and his first Top 10 entry since 1968. The song was featured prominently on the "Rocky IV" film and soundtrack. Brown performed the song at Apollo Creed's final fight. Brown published his autobiography in 1986, "James Brown: The Godfather of Soul," co-written with Bruce Tucker. In 1987, Brown won the Grammy for Best Male R&B Vocal Performance for "Living in America."

Over his vast career, James Brown released 63 studio albums as well as 15 live albums and 49 compilation albums. His 1963 album Live at the Apollo was ranked#25 on Rolling Stone Magazine's 500 greatest albums of all time in 2003 and he also had success with albums including In the Jungle Groove in 1986 and Star Time in 1991. Some of Brown's other hit singles were "Say It Loud – I'm Black and I'm Proud", and "Get Up (I Feel Like Being a) Sex Machine". Brown also appeared in many films and on several TV series.

Personal Life: Brown was married four times, first to Velma Warren in 1953. They had three sons together and divorced in 1969. His second marriage was to Deidre Jenkins from 1970-1981. They had two daughters together. He was accused of domestic abuse in this relationship. His third marriage to Adrienne Lois Rodriguez was contentious and made many headlines due to domestic abuse complaints. They split in 1988 but reunited and remained married until Rodriguez's death in 1996. Less than a year after her death, Brown hired Tomi Rae Hynie to be a background singer for his band and in 2002 she became his fourth wife. Brown had numerous claims of paternity and acknowledged that nine of them were his own.

For most of his career, Brown had insisted on a strict drug and alcohol free policy for any member of his band or entourage. By the mid-eighties, it was alleged that Brown himself had begun using drugs. His drug usage resulted in violent outbursts from him and he was arrested several times for domestic violence. In January 1988, Brown faced four criminal charges relating to driving, possession of PCP, and gun possession.

Death: On December 23, Brown was hospitalized at Emory Crawford Long Memorial Hospital in Atlanta, Georgia for observation and treatment of pneumonia. His condition worsened quickly through the next day and he died on Christmas Day 2006 at 73 from congestive heart failure and complications of Pneumonia.

Estate Fight: It took well over a decade to reach closure on James Brown's estate. According to the terms of his will, James bequeathed the majority of his estate to underprivileged students in South Carolina and Georgia. Almost immediately after his death, James' fourth and surviving wife Tomi Rae Hynie contested the will, claiming that she was entitled to one third of assets and copyrights under Federal law. The total value of his liquid assets, intellectual property, music catalogue and future royalty stream had been estimated at $100 million when James died. By June of 2020 – 14 years later – the war over James' estate was still waging on without a single scholarship being awarded. It was at this juncture 14 years later when a judge determined Tomi's claims were invalid because she had never properly annulled a previous marriage and therefore was not legally married to James at the time of his death. In Tomi's defense, her lawyers claimed that she was indeed previously married but that marriage was not legal because she later learned that her Pakistani-born previous husband had three other wives. The South Carolina Supreme Court ultimately sided against Tomi Rae Hynie.

The specific terms of James Brown's will designated that his many costumes and household items be split evenly by his six surviving children. The will set aside $2 million to pay for scholarships for his grandchildren. The remaining estate was to a charitable trust called the "I Feel Good Trust".

After a 2008 lawsuit launched by his children that claimed their father was not mentally fit when he made his will, a compromise was reached that gave 1/4 of the Brown estate to his children and 1/4 to Tomi Rae Hynie. The South Carolina State Supreme Court decision voided this compromise and called for James' original will terms to be followed. The court ruled that family compromise caused "the total dismemberment of Brown's carefully crafted estate plan and its resurrection in a form that grossly distorts his intent."

Music Catalogue Rights/Royalties: Much of the $100 million estimated value was connected to James' "termination rights". According to Federal copyright laws, after a certain amount of time – decades after a work of art is created – the rights revert back to the artist. Any copyrights that had been sold to a music publisher or are owned by a publisher because of a recording contract, can revert back to the artist/artist's heirs who can then earn the income from licensing and royalties.

As an example of the Brown catalogue value, in 2015 Tomi Rae Hynie sold her 1/3 share of termination rights in just five songs to Warner Chappell Music for a one-time payday of $1.9 million. Today James' children have a 100% share of their father's termination rights. 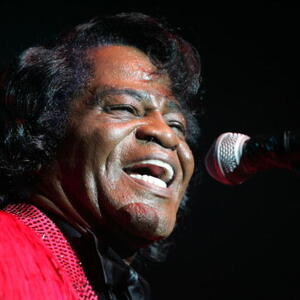