James Bourne net worth: James Bourne is an English singer-songwriter who has a net worth of $1.5 million dollars. James Bourne was born in Rochford, Essex, England, and became interested in music while in elementary school, after learning about Michael Jackson on an episode of "The Simpsons". From there, he went on to learn how to play the piano, the electric guitar, the bass guitar, and the drums.

He attended the Morgan Academy of Performing Arts, and formed his first band, Sic Puppy, when he was twelve. The group never went anywhere. After dropping out of school to focus on a music career full-time, he co-founded the band, Busted. The group signed with Universal in 2002, and released their first three singles. They nabbed the third, second, and first slots on the charts with each release, and went on to rack up five more Top Ten singles, four of which were #1s, before splitting in 2005. After the band split, he went on to perform with his own band, Son of Dork, and then began releasing tracks as a solo artist. He is currently performing with his brother, Chris, in the group, The Bourne Insanity, and has his own clothing line called Sic Puppy. 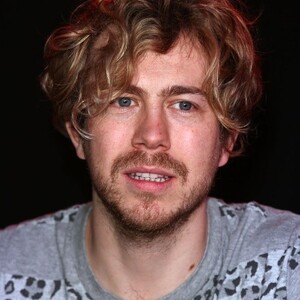