What is James Blunt's Net Worth?

James Blunt is an English singer, songwriter, musician, and producer who has a net worth of $18 million rose to fame in the mid-2000s with hits like "You're Beautiful" and "Goodbye My Lover."

His debut album, "Back to Bedlam", was recorded in 2003 and released in the U.K. a year later. Its first single, "High", only climbed into the Top 75 after the wildly popular "You're Beautiful" was released. "You're Beautiful" was Blunt's third single, debuting at the 12th spot in the U.K., before claiming the number one position. It topped the charts in the U.S. in 2006, making him the first artist from Britain to reach number one in the United States in almost a decade.

His debut album has sold more than eleven million copies around the world and went ten times platinum in Britain. Blunt's follow-up effort, "All the Lost Souls", took four days to reach gold status in the U.K. and has sold at least four million copies.

Blunt was born on February 22, 1974 in Tidworth, Hampshire, England. He was the first of three children to parents Colonel Charles Blount and Jane Ann Farren. His father was an officer and then a pilot and colonel in the Army Air Corps and his mother was the owner of a ski chalet company in France. The Blount family can trace their military lineage to the 10th century when their Danish ancestors originally arrived in England.

Blunt grew up in St. Mary Bourne but his family then moved every two years or so, both within England and around the world, due to his father's job. He had an interest in motorbikes and airplanes, gaining his pilot's license at age 16. Additionally, he took piano and violin lessons as a child but then grew more interested in the electric guitar when he was introduced to it at age 14.

He attended the Elstree School in Berkshire and the Harrow School in London. He then enrolled at the University of Bristol to study aerospace manufacturing engineering and sociology. Because his university studies had been sponsored by the army bursary, Blunt was committed to serving at least four years in the armed forces after he completed his bachelor's degree in 1996. He trained at the Royal Military Academy and then was commissioned into the Life Guards, rising to the rank of captain.

In 1999, he volunteered to join a squadron that was assigned to deploy with NATO to Kosovo. He was part of a troop that was working the front lines in order to locate and target various Serbian forces. While on this mission, Blunt had brought his guitar along and wrote several songs during this time. He extended his military service in November 2000 and was posted to the Household Cavalry Mounted Regiment in London as a member of the Queen's Guard. He then left the army in October of 2002 after having served six years. 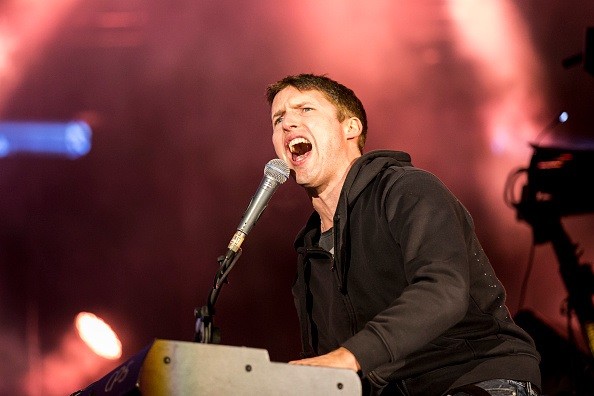 The primary reason that Blunt left the armed forces was to pursue a career in music. He started using the stage name Blunt, changing the spelling of his original name, Blount, in order to make the pronunciation more obvious. He was signed to EMI music publishers soon after leaving the army after someone heard the demo for "Goodbye My Lover."

Blunt landed a record contract with Linda Perry, who was launching Custard Records, after he performed at the South by Southwest Music Festival in Austin, Texas. In 2003, Blunt recorded "Back to Bedlam" in Los Angeles. During the recording time, he stayed with actress Carrie Fisher, of Star Wars fame, and actually recorded the song "Goodbye My Lover" in her bathroom.

The debut single off the album, "High," initially did not do very well but was later chosen to appear in a commercial in Italy and became a Top 10 hit there. His debut album in general did not attract much critical attention or reviews. However, once the third single from the album, "You're Beautiful," was released, Blunt became an overnight sensation. The song debuted at number 12 in the United Kingdom and climbed to number 1 six weeks later. The song also became quite popular in the United States and Blunt became the first British artist to top the American singles chart in almost a decade when "You're Beautiful" took the number 1 spot on the Billboard Hot 100 charts in 2006.

The success of the single helped launch Blunt into a world tour, earn him multiple Grammy Award nominations, and sell over 11 million copies of his first album. His second studio album, "All the Lost Souls," was certified gold within four days of its release in 2007. He embarked on a second world tour throughout 2007 and 2008.

Blunt released his third album, "Some Kind of Trouble," in 2010. It went on to sell over one million copies and featured the single "Stay the Night." He released his fourth album, "Moon Landing," in 2013 which featured the single "Bonfire Heart," which went to number 1 in a number of European countries, as well as in Australia. He released his fifth album, "The Afterlove," in 2017 and announced a sixth album," Once Upon a Mind," in 2019. He also announced that he would be releasing a greatest hits album in 2021.

Blunt maintains residences in Ibiza, Spain and in the Swiss town of Verbier, where he owns a chalet. He opened a restaurant in 2007called La Vache in Switzerland on the top of a ski lift which is named after him.

Blunt married Sofia Wellesley in September of 2014. The couple have two sons together, the godparents of whom are Ed Sheeran and Carrie Fisher. In 2016, Blunt received the honorary title of Doctor of Music from the University of Bristol.

Blunt has used his celebrity for a number of good causes. He is a patron of Help for Heroes, an organization focused on providing better facilities for servicemen and women. He also has raised money for Doctors without Borders. He has screened the documentary "An Inconvenient Truth" at his concerts and raised money for various environmental causes. 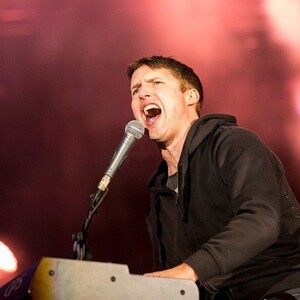