James Bay net worth: James Bay is an English singer-songwriter and guitarist who has a net worth of $8 million. James Bay was born in Hitchin, Hertfordshire, England in September 1990. His debut studio album Chaos and the Calm reached #2 in the UK, Ireland, and Switzerland. The album reached #2 in Austria and #3 in Australia and Germany. It also reached the Top 10 in Belgium, the Netherlands, and New Zealand and #15 in the United States. Bay has released the EPs The Dark of the Morning, Let It Go, Hold Back the River, and Other Sides. His single "Let It Go" reached the Top 10 in the UK, Australia, and New Zealand. Bay's single "Hold Back the River" #1 in Ireland and the Top 5 in the UK, Australia, Austria, Germany, and Switzerland. He was nominated for three Grammy Awards in 2016 and won Brit Awards for Critics' Choice in 2015 and Best British Male Solo Artist in 2016. 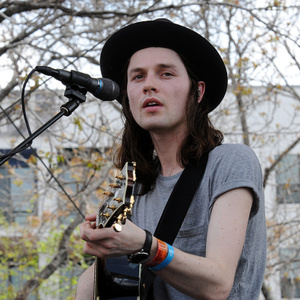