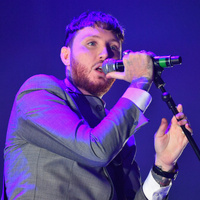 James Arthur Net Worth: James Arthur is an English musician who has a net worth of $5 million dollars. James Arthur was born in 1988 in Middlesbrough, England, to parents familiar with the entertainment industry: His father worked a musician and DJ for a handful of years, while his mother was an ex-fashion model. Arthur picked up an interest in pursuing a music career as a teenager and began writing and recording songs. He appeared in several bands, including Cue the Drama, Save Arcade, and Emerald Skye, and started uploading his tracks to the Internet. He began auditioning for TV singing competitions, making it to the top 200 on "The Voice U.K." in 2011. A year later, Arthur landed a spot on "The X Factor" where he worked with Nicole Scherzinger. He advanced to the live shows, winning the entire competition in late 2012 against runner-up Jahmene Douglas. Since then, Arthur's music has taken off. His first single after winning the competition became the quickest-seller of all the singles put out by "The X-Factor" champions; it topped the U.K. singles chart and has sold more than one million copies. He has released two albums, 2013's self-titled record and 2014's "All The World's A Stage". In late 2013, he came under fire for his homophobic lyrics that evoked slurs against the LGBT community. He apologized, but the frenzy grew so strong, iTunes allowed customers to demand refunds for his album.