What Is Jakob Dylan's Net Worth?

Jakob Dylan is an American singer-songwriter, musician, and producer who has a net worth of $40 million. Like his father, folk singer Bob Dylan, Jakob is a Grammy-winning musician. He has been the lead singer and songwriter for the band the Wallflowers since the late '80s, and the band has released the albums "The Wallflowers" (1992), "Bringing Down the Horse" (1996), "(Breach)" (2000), "Red Letter Days" (2002), "Rebel, Sweetheart" (2005), "Glad All Over" (2012), and "Exit Wounds" (2021). "Bringing Down the Horse" was certified 4x Platinum in the U.S. and reached #1 on the "Billboard" Top Heatseekers chart and the Official New Zealand Music Chart.

The Wallflowers are known for singles such as "6th Avenue Heartache," "One Headlight," "The Difference," and "Three Marlenas" as well as a cover of David Bowie's "Heroes," and "One Headlight" was ranked #58 on "Rolling Stone" magazine's "100 Greatest Pop Songs" list. Dylan has released two solo albums, "Seeing Things" (2008) and "Women + Country" (2010), and the Wallflowers song "Empire in My Mind" was the theme song for the CBS series "The Guardian" during two of the show's three seasons. Jakob also produced the Wallflowers 2012 music video "Love is a Country" and the 2018 documentary "Echo in the Canyon."

Jakob Dylan was born Jakob Luke Dylan on December 9, 1969 in New York City. His parents are Bob Dylan (whose real name is Robert Zimmerman) and model Sara Lownds, who both come from Jewish families. Jakob has four older siblings, and the family moved to Los Angeles when he was around 3 years old.

Listening to the Clash inspired him to start playing music, and as a high school student, he played guitar in a few bands and was featured on Trash Matinee's 1987 self-titled album. Dylan was in the band the Bootheels with Tobi Miller, who would later become a member of the Wallflowers.

Jakob began writing songs in high school, and after graduation, he enrolled at Parsons School of Design in NYC to study art. He dropped out during his first semester at Parsons and moved back to L.A. to pursue a music career.

After returning to L.A., Dylan formed the band the Apples with Tobi Miller, Luther Russell, and Aaron A. Brooks. After Russell and Brooks left the band, bassist Barrie Maguire, keyboardist Rami Jaffee, and drummer Peter Yanowitz joined the group, which changed its name to the Wallflowers. The band signed with Virgin Records, releasing the album "The Wallflowers" on August 25, 1992. The Wallflowers then toured with bands such as 10,000 Maniacs and the Spin Doctors as an opening act. In 1993, the Virgin executives who had signed the band to the label were ousted, and the Wallflowers asked to be released from their record contract. Around this time, Maguire was replaced with Greg Richling, a former classmate of Dylan's, and Yanowitz left to join 10,000 Maniacs. In 1995, the Wallflowers signed with Interscope Records, and they released their second album, the 4X Platinum "Bringing Down the Horse," in May 1996. By this time, Miller had left the band, and he was replaced with several different guitarists during the recording of the album. When the band toured in 1996 and 1997, guitarist Michael Ward and drummer Mario Calire had joined the group. Jakob graced the cover of "Rolling Stone" in June 1997, and the Wallflowers opened for his father in November 1997. 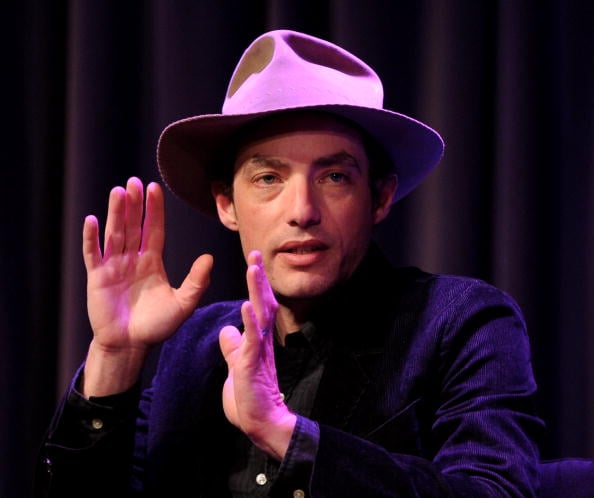 The Wallflowers followed the success of "Bringing Down the Horse" with 2000's "(Breach)," which was certified Gold in the U.S. and reached the top 10 on the Canadian Albums Chart. Ward left the band in October 2001, so while recording 2002's "Red Letter Days," Dylan undertook more of the lead guitar duties than he did on the previous albums. Calire left the band in 2003, and drummer Fred Eltringham took his place before the Wallflowers began recording 2005's "Rebel, Sweetheart." After touring for "Rebel, Sweetheart" in 2005, the band left Interscope Records, and they would not release another album until 2012. Jakob released his debut solo album, "Seeing Things," on Columbia Records in 2008, and it reached #8 on the "Billboard" Top Rock Albums chart. His follow-up, 2010's "Women + Country," was more successful, reaching #2 on the Top Rock Albums chart and #12 on the "Billboard" 200 chart. As a solo artist, Dylan has also performed on the tribute albums "Instant Karma: The Amnesty International Campaign to Save Darfur" (2007) and "Endless Highway: The Music of The Band" and has been featured on soundtracks for "The Rugrats Movie" (1988), "NCIS" (2009), and "True Blood" (2011). The Wallflowers reunited in late 2011 and released their sixth album, "Glad All Over," in October 2012, followed by "Exit Wounds" in 2021. In 2019, Dylan released the "Echo in the Canyon" soundtrack, which features Jakob performing covers of music that came out of Laurel Canyon in the '60s. On the album, he performs duets with artists such as Fiona Apple, Beck, Eric Clapton, and Neil Young.

Jakob has been married to his wife, Paige (a screenwriter), since 1992, and they have four sons. Dylan is an advocate for diabetes awareness, and in 2014, the American Diabetes Association honored him with a Father of the Year award. He also supports charities that are dedicated to Crohn's disease and ulcerative colitis awareness, and in 2012, he began performing at the annual Rock the Night to Cure Crohn's and Colitis, which is put on by the nonprofit organization Connecting to Cure Crohn's and Colitis. Jakob received an honorary Doctor of Letters from Idaho State University in 2011.

Jakob has bought and sold a number of extremely impressive properties over the years. In 2009, he listed his main family residence in Brentwood, California, for $11 million. In 2014, he sold a mini-compound in Malibu for $7.4 million. He purchased the property in 2011 for $3.98 million and spent around $1 million remodeling the property. 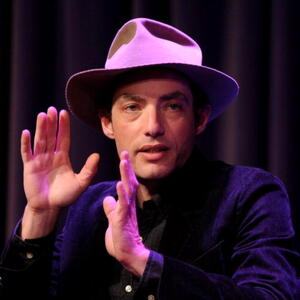