Jaime Murray net worth: Jaime Murray is an English actress who has a net worth of $3 million. Jaime Murray was born in London, England in July 1976. In 2007 she starred as Lila Tournay on the television series Dexter. Murray starred as Grace Valentine / Aphrodite on the TV series Valentine from 2008 to 2009.

In 2009 she starred as Vivienne on the series The Beautiful Life: TBL. Murray starred as Stacie Monroe on the television series Hustle from 2004 to 2012. From 2011 to 2012 she starred as Olivia Charles on the TV series Ringer. From 2010 to 2014 Murray starred as H.G. Wells on the series Warehouse 13. From 2013 to 2015 she starred as Stahma Tarr on the series Defiance. Since 2016 she has starred as Fiona on the television series Once Upon a Time. Murray has appeared in episodes of the TV series The Mentalist, Eli Stone, NCIS, Jan, Childrens Hospital, Sleepy Hollow, and more. Murray has starred in the films The Deaths of Ian Stone, Botched, Devil's Playground, and more. In 2008 she was nominated for a Saturn Award for Best Supporting Actress on Television for Dexter. 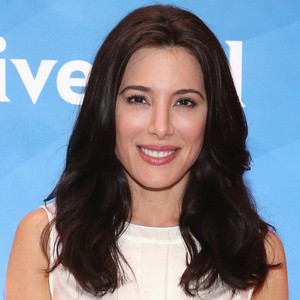