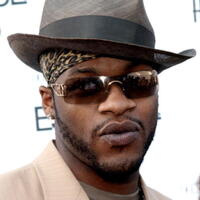 Jaheim Net Worth: Jaheim is an American singer and rapper who has a net worth of $4.5 million. Born Jaheim Hoagland in New Brunswick, New Jersey, in 1978, Jaheim grew up with a grandfather who was heavily involved in the music industry. Jaheim started singing as a kid and was winning local talent shows by the time he was a teenager. He scored his first deal with Divine Mill Records and released two singles, including "Could It Be". Jaheim released his best album, "Ghetto Love", in 2001, and the follow-up, "Still Ghetto", a year later. He worked with RL, Blackstreet, and the Lightys on his debut. "Still Ghetto" broke into the top ten on the U.S. charts with two top 40 hits: "Anything" and "Fabulous". Several years later, Jaheim released his third studio album, "Ghetto Classics", which claimed the top spot on the charts. He has since released 2007's "The Makings of a Man", 2010's "Another Round", and 2013's "Appreciation Day". Jaheim has been nominated for several awards, including three Grammys in 2011: Best R&B Album, Best Male R&B Performance, and Best R&B Song. He also earned a nod for a 2010 Soul Train Music Award for Best Male R&B/Soul Artist. Jaheim currently lives near his hometown in Hillsborough Township, New Jersey.