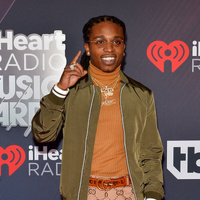 Jacquees net worth: Jacquees is an American singer who has a net worth of $6 million. Jacquees was born in Atlanta, Georgia in April 1994. He is signed with Cash Money Records and Rich Gang management. Jacquees released his debut EP I Am Jacquees in 2010. His second EP 19 was released in 2014. He has also released the mixtapes Round of Applause in 2011, Fan Affiliated in 2012, Quemix in 2013, and Quemix 2 in 2015. He released his debut official studio album 4275 in June 2018. The album, which peaked at 35 on the US Billboard 200, featured appearances from label-founder Birdman, Trey Songz, Chris Brown and Young Thug among others. Jacquees won first place in an elementary school talent show when he sang the Jackson 5's "I Want You Back". He has recorded songs with artists such as T.I., Rich Homie Quan, Jagged Edge, Young Thug, Travis Porter, Chris Brown, August Alsina, and Trinidad James. In 2018 Jacquees was nominated for an iHeartRadio Music Award for R&B song of the year for the track "B.E.D.".