Jacky Cheung Net Worth: Jacky Cheung is a singer-songwriter and actor from Hong Kong who has a net worth of $50 million. Cheung Hok-yau was born in Quarry Bay, Hong Kong in July 1961. Cheung is known for his baritone voice and sings in Cantonese, Mandarin, and English songs. He is known as one of the "Four Heavenly Kings" of Hong Kong.

As of 2013 Cheung has released 57 albums and as of 2003 he had sold over 25 million records. He won the Amateur 18-Hong Kong district singing contest in 1984, beating more than 10,000 contestants. In addition to singing, Cheung has over 70 acting credits to his name. He won the Best Supporting Actor award for As Tears Go By and Swordsman. He also starred in Bullet in the Head and won Best Actor Award for July Rhapsody. In 2004 he was named spokesperson for Hong Kong Disneyland. He performed at the 15th Asian Games and the 2012 London Olympics. He is the first Cantopop/Mandopop musician to have items featured at the Hard Rock. Cheung was named the most popular singer in Asia in 1994. He has won many IFPA Awards and won the RTHK Honor of Golden song 35th Anniversary Award in 2012 for having the most RTHK Golden Songs of all time. He married May Lo Mei-mei in 1996 and the couple has two daughters together. 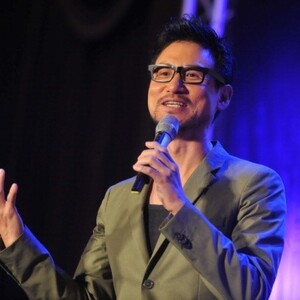