Jackie Wilson was born in Detroit, Michigan in June 1934 and passed away in January 1984. He was a member of the R&B group Billy Ward and His Dominoes who had hits including "Sixty Minute Man", "Have Mercy Baby", "Rags to Riches", and "Star Dust". Wilson released several albums from 1958 to 1976 including Merry Christmas with Jackie Wilson which reached #6 in the US. He had several #1 singles on the US R&B chart including "Lonely Teardrops", "You Better Know It", "A Woman, a Lover, a Friend", "Doggin' Around", "Baby Workout", "and "(Your Love Keeps Lifting Me) Higher and Higher". He was nominated for two Grammy Awards and his songs "Higher and Higher" and "Lonely Temptations" were both inducted into the Grammy Hall of Fame. He was posthumously inducted into the Rock and Roll Hall of Fame. Jackie Wilson passed away on January 21, 1984 at 49 years old from complications of pneumonia.

Financial Problems: In the early 1960s, Jackie's annual income consistently topped $250,000. That's the same as $2.5 million in today's dollars. At the time, the average American earned $5,000 per year, roughly $42,000 per year today. Somehow, at the peak of his success in the 60s, Jackie was broke. His financial problems were so bad that the IRS seized his home in Detroit, though he was later able to re-acquire the home at auction. The root of the problem was traced to Wilson's manager who had power of attorney and mismanaged his money for years. The manager was later indicted on mail fraud and tax evasion related to the infamous "payola" scandal.

When Jackie Wilson died in 1984, he was still deeply in debt to the IRS. 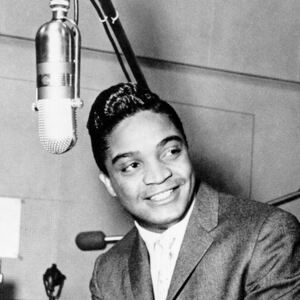