Jack Hues net worth: Jack Hues is an English musician who has a net worth of $4 million dollars. Jack Hues, also known as Jeremy Allen Ryder, was born in Gillingham, Kent, England, and knew he wanted to focus on music early in his life. He went on to attend the Goldsmith College in London, to study music, and then transferred to the Royal College of Music. He answered an ad looking for musicians for a band in the late 70s, and was hired as part of the group that would eventually become the popular 80s New Wave band, Wang Chung. The group had an ever- shifting line-up for the first few years, as band members came and went. Even as they began to gain notice, the band kept splitting up, and then acquiring new members. Their name also changed multiple times, and Wang Chung finally became the name that stuck, in 1983. Jack Hues went on to record a number of hit songs with the group before they disbanded in 1991. Since then, he has worked primarily as a composer for film. 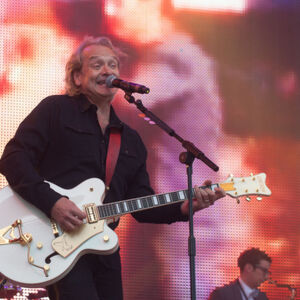