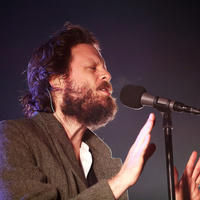 J. Tillman net worth: J. Tillman is an American singer, songwriter, musician, and record producer who has a net worth of $6 million. J. Tillman was born in Rockville, Maryland in May 1981. He is also known as Father John Misty. As J. Tillman he released his debut studio album Untitled No. 1 in 2003 and went on to release the albums I Will Return in 2004, Long May You Run, J. Tillman in 2006, Minor Works in 2006, Cancer and Delirium in 2007, Vacilando Territory Blues in 2009, Year int eh Kingdom in 2009, and Singing Ax in 2010. He was featured on the albums Helplessness Blues by Fleet Foxes and Be a Bright Blue and Four Months of Darkness with Saxon Shore. As Father John Misty he released the album Fear Fun in 2012 and the album I Love You, Honeybear in 2015. His album Pure Comedy was released in 2017 and reached #10 in the US and #8 in the UK. He also released the album God's Favorite Customer in 2018.