Ivete Sangalo Net Worth: Ivete Sangalo is a Brazilian singer and songwriter who has a net worth of $100 million. Born Ivete María Dias de Sangalo Cady on May 27, 1972, in Juazeiro, Bahia, Brazil, she is one of the most popular and best-selling female singers in her country. The girl who enchants with her powerful voice and charisma rose to stardom as the lead singer of the Axé group Banda Eva in the 1990s and embarked on a successful solo career at the turn of the century.

It was in 1993 that Banda Eva, with Ivete as a lead, released an eponymous album on Sony Music. The album spawned the 1994 carnival hit "Adeus Bye Bye," which only marked the beginning of a great success. What followed was 5 more million-selling Banda Eva albums featuring Sangalo: Pra Abalar (1994), Hora H (1995), Beleza Rara (1996), Banda Eva ao Vivo (1997), and Eva, Você e Eu (1998). But at the peak of the group's popularity, Ivete Sangalo decided to split ways with Banda Eva and pursue a solo career. Sangalo made her solo debut in 1999 with her self-titled album Ivete Sangalo, which enjoyed a double-platinum blockbuster success and was also crowned with a Latin Grammy Award nomination. Her subsequent solo albums include Beat Beleza (2000), Festa (2001), Clube Carnavalesco Inocentes em Progresso (2003), MTV ao Vivo (2004), As Super Novas (2005), Multishow ao Vivo (2007), Veveta e Saulinho (2008), Pode Entrar (2009), Multishow ao Vivo (2010) and Real Fantasia (2012). Among the above releases, MTV ao Vivo was especially successful, selling more than two million copies and winning a 2005 Latin Grammy Award. Throughout her career, Ivete Sangalo has received 14 nominations for Latin Grammy Awards, among other accolades. Aside from singing, Sangalo has made several screen appearances and has served as television show host on few occasions. 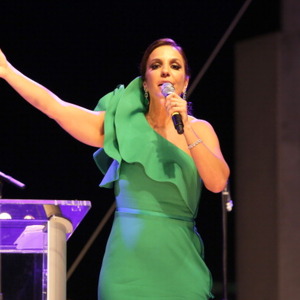