She took part in the festival Les FrancoFolies de Montreal and performed at Theatre Dejazet in 1992. She won the Best Singer prize at the Truffe de Perigueux festival in 1993. Boulay was recruited by songwriter Luc Plamondon for his rock opera Starmania in which she starred as Marie-Jeanne from 1995 to 1998. Isabelle provided the singing voice for Alys Robi in the TV mini-series of the same name. Boulay's debut studio album Fallait pas was released in 1996. Her second studio album Etats d'amour was released in 1998 and Boulay was nominated for four Felix Awards. Her 1999 single "Je t'oubilerai, je t'oubilerai" hit #33 on the French charts. Boulay's 2008 album Nos Lendemains reached #1 on the Canadian charts. She has won a Felix Award for Female singer of the year seven times and has been made a Knight of the National Order of Quebec, and of the Order of La Pleiade. She had her first child with her producer Marc-Andre Chicoine in 2008. 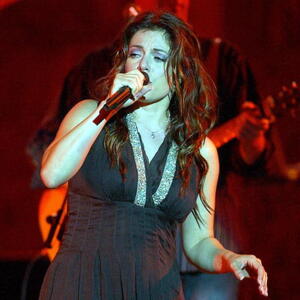