Isaac Slade Net Worth: Isaac Slade is an American musician who has a net worth of $5 million. Isac Slade made a name for himself on the world music stage as the lead vocalist, main songwriter, pianist and co-founder of The Fray, a Denver-based piano rock band. Born Isaac Edward Slade on May 26, 1981 in Denver Colorado to a family of Slovakian descent, he was eight years old when he started singing, and three years later he began playing the piano. As a sixteen-year-old, he penned his first song and learned to play guitar while in high school. It was in 2002 that he formed The Fray along with schoolmate Joe King, and soon they welcomed Dave Welsh and Ben Winsock to their combo. The four reached fame with their debut album, How to Save a Life in 2005, which got certified double platinum by the RIAA, as well as platinum in Australia, Canada, New Zealand and the UK. As for national success, it came with their first song "Over My Head (Cable Car)", which instantly became a top ten hit in the States. With Fray, Isaac Slade has releases three more albums to date, i.e., The Fray (2009), Scars & Stories (2012) and Helios (2014). 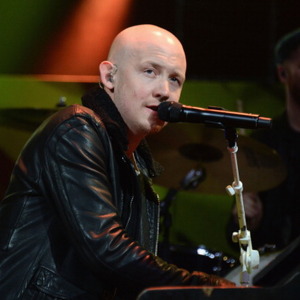