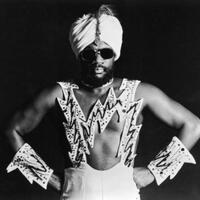 Isaac Hayes Net Worth: Isaac Hayes was an American composer, singer, and producer who had a net worth of $12 million dollars. Isaac Hayes was born on August 20, 1942 to a very poor family. He started working as a cotton collector in his homeland, Covington, Tennessee at a very young age. The second child of Eula and Isaac Hayes, he first lost his mother, who died very young, and then his father abandoned them. Thus, he was raised by his grandparents. He dropped out High School, but encouraged by his teacher he went back to school to earn his diploma at the age of 21. Once he graduated from high school, Hayes was offered several musical scholarships from universities and colleges, but turned them all down to start providing money for his family. Thus, he started singing at Cury´s Club, in the late 1950s. As for his official career, it started in the early 1960s with Stax Records, where he served both as an in-house songwriter and as a record producer. Hayes released his first album in 1968, "Presenting Isaac Hayes", which was not successful. His second album, "Hot Buttered Soul" was released in 1969, which was Stax´s most successful album of the time. Hayes continued to release a large amount of albums and went on to write film scores. The musical score that he made for the 1971 movie "Shaft" earned him an Academy Award for best score. One of his last jobs was the voice of SouthPark´s character "Chef" which he turned down for religious reasons. Hayes was inducted into the Rock and Roll Hall of fame in 2002 and was inducted into Songwriters Hall of Fame in 2005. He also made short appearances in films. Hayes died on August 10, 2008.