How much is Irlene Mandrell Worth?

Irlene Mandrell net worth: Irlene Mandrell is an American musician, actress and model who has a net worth of $5 million. She is the youngest sister of the country music group, Barbara Mandrell and the Mandrell Sisters, and has also appeared on Hee Haw and The Love Boat. Since the late 1990's, Mandrell has hosted the annual Irlene Mandrell Celebrity Shoot to raise money for Wish Upon a Star, Inc and the Boy Scouts of America. She was born Ellen Irlene Mandrell on January 29, 1956 in Corpus Christi, Texas. She was raised in a musical family and played the drums as one of the first members of Barbara's band, The Do Rights. Over the years, she has enjoyed a career that has dabbled in acting, modeling and performing. In addition to her role on the hit NBC Show, Barbara Mandrell and the Mandrell Sisters, she also spent eight years on the cast of Hee Haw and has made many television appearances in shows like, The Love Boat, Oprah, The Tonight Show, The Mike Douglas Show and several game shows. She co-hosted Bright Lights & Country Nights and This Week in Country Music, and has also appeared in many television benefits with stars like George Lindsey, Bob Hope, and Sammy Davis, Jr. Mandrell has also modeled for companies like Cover Girl shoes, Lanne Skin Care products, and 9West shoes. Mandrell is also a celebrity spokesperson for CZ-USA, She Safari, Horton Crossbows, DRT Ammo, Wild Ride Beef Jerky and Deerassic, and has appeared on several outdoor shows, including a PBS segment called Tennessee Wildside.

Mandrell is an accomplished hunter and has killed many animals that qualify for the SCI Record Book. She is proficient with a handgun, shotgun, rifle, and crossbow. She is very competitive in a variety of sporting events, including driving racecars, and is active in several outdoor groups including Quail Unlimited, Buckmasters, NRA, and Safari Club International. Mandrell married Ric Boyer and the couple had two children. They divorced in 1992, and two years later she was married to Rob Pincus, with whom she had one child. They were also divorced in 2004. She is currently performing with her children, her daughters Vanessa and Christina are both singers, and her son Deric is a talented drummer. Deric lives in Pennsylvania and runs a successful business, but he still finds time to occasionally perform with his family. 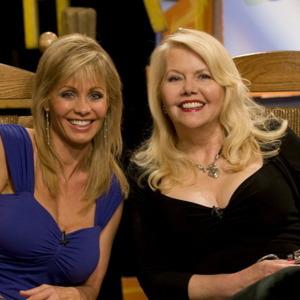