India Arie Net Worth: India Arie is an American singer-songwriter and record producer who has a net worth of $4.5 million. India Arie gained her net worth by releasing several albums like Open Door and Acoustic Soul, and winning four Grammy Awards. Born India Arie Simpson on October 3, 1975, in Denver, Colorado, US, she is a renowned, Grammy Award-winning artist adored by fans and praised by critics.

She debuted on the music scene with her Motown release Acoustic Soul in 2001. The album eventually went platinum and spawned hit singles like Video, Brown Skin and Ready For Love. One year later followed the release of her sophomore album Voyage to India. Next, came to light the more personally expressive album Testimony, which even though was meant to be a double release, it was split in two separate pieces, Testimony: Vol. 1, Life & Relationship (2006) and Testimony: Vol. 2, Love & Politics (2009). Then, after a lengthy hiatus, Arie saw the release of her fifth studio album, SongVersation, in the summer of 2013. So far, her albums have sold over 7 million copies worldwide and fetched her numerous accolades including 16 Grammy nominations, 2 Grammy awards, along with awards from BET, NAACP Billboard Music, Radio Music, MTV, VH1 Vogue Fashion, Essence Magazine and others. What's more, India Arie has collaborated with many sound names in music like Stevie Wonder, Elton John, John Mellencamp, Bruce Springsteen, Ashley Judd, John Legend etc. 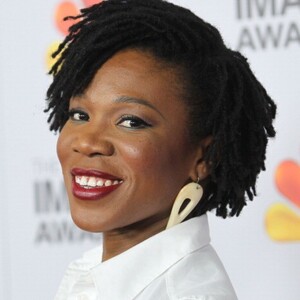