Imogen Heap Net Worth: Imogen Heap is an English singer, composer and songwriter who has a net worth of $10 million. Born Imogen Jennifer Heap on December 9, 1977, in the London Borough of Havering, she is best known for her work as a member of the musical duo Frou Frou and her solo albums.

Having fallen in love with music at an early age, Imogen Heap was classically trained in several instruments including piano, cello and clarinet. Plus, she taught herself to play the guitar and drums, along with two percussion/idiophone instruments, the array mbira and the Hang. Imogen was only 18 years old, when she inked her first record contract to independent label Almo Sounds becoming a professional solo artist while still in her late teens. While in 1996, she started working with an experimental pop band called Acacia, which featured her future collaborator Guy Sigsworth and was fronted by the singer Alexander Nilere. After contributing to various Acacia singles and album tracks, Heap released her debut album iMegaphone (an anagram of "Imogen Heap"). Mainly consisting of self-penned and self-produced tracks, the album also included tracks written and produced in collaboration with established producers like David Kahne, former Eurythmic Dave Stewart and Guy Sigsworth. In the early 2000s, Sigsworth and Heap worked together once again, this time sharing equal responsibilities in the duo named Frou Frou. Despite its lighthearted name, Frou Frou utilized electronics to create an atmospheric, dreamy, and nuanced sound. It was in 2001, when MCA/Universal signed the group, and thus put Heap's solo career on temporary hiatus. Their first album Details came to light in 2002 with "Breath In" serving as the album's first single. But two years later, Frou Frou's music attracted wider audience's attention when "Let Go" was included in the award-winning Garden State soundtrack. Even though Frou Frou had already disbanded by this point, Heap got back to her solo career. 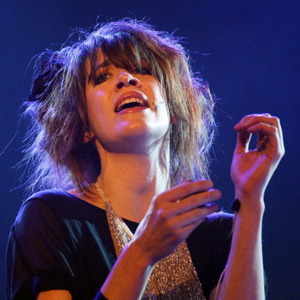