Ike Turner Net Worth: Ike Turner was an American musician, songwriter, and producer who had a net worth of $500,000 at the time of his death. Turner is considered to be a pioneer of fifties rock and roll, but his roots are found in the blues, which he returned to in the late days of his career. Ike is most well-known for his work with his then-wife Tina Turner, with whom he formed the Ike & Tina Turner Revue, which became a tremendous success by the end of the 1960s. Turner's first recording, 1951's "Rocket 88," was produced during his early twenties and is considered by many to be the first rock and roll song. Cocaine and crack addiction and his abusive behavior ruined Ike´s career in the 1980s, according to Tina Turner´s autobiography, "I, Tina." Ike released 10 studio albums during his career, and he published his autobiography, "Takin' Back My Name: The Confessions of Ike Turner" (co-written with Nigel Cawthorne), in 1999. Turner died in December 2007 at the age of 76.

Early Life: Ike Turner was born either Izear Luster Turner Jr. or Ike Wister Turner on November 5, 1931, in Clarksdale, Mississippi. His mother, Beatrice, was a seamstress, and his father, Izear, was a Baptist minister. Ike grew up thinking he was named after his father, but when he applied for a passport in the 1960s, he found out that he was registered as Ike Wister Turner. He had an older sister, Lee, and his father died when Ike was a child. Turner stated that he saw a white mob beat his father and leave him for dead, and Izear lived in a tent in the yard for a few years before dying from his injuries. Beatrice later married a painter named Philip Reese, who Ike described as a "violent alcoholic." Ike revealed that he first experienced sex at age 6 with a middle-aged woman known as Miss Boozie and that he was involved with a different middle-aged woman, Miss Reeny, by age 12.

Turner dropped out of school in eighth grade and got a job as an elevator operator at Clarksdale's Alcazar Hotel. There was a radio station, WROX, in the building, and Ike would spend his breaks watching DJ John Friskillo, who eventually showed him how to work the control room. Ike began playing records on the station whenever Friskillo took coffee breaks, and he was offered a job as a DJ; Turner's show, "Jive Till Five," aired during the late-afternoon shift. Ike learned how to play piano from blues musician Pinetop Perkins, and he learned guitar by playing along to blues records. In the 1940s, Turner moved to the Riverside Hotel, where he met many touring musicians, and he played piano for Sonny Boy Williamson II at the age of 13.

Career: Ike joined the Tophatters, a rhythm ensemble, as a teenager, and the group eventually split into two, with Turner becoming the leader of the soul and R&B band the Kings of Rhythm. In 1951, the band released the single "Rocket 88" under the name Jackie Brenston and His Delta Cats, and it topped the "Billboard" R&B charts. The song's success led to tension in the group, and the Kings of Rhythm temporarily disbanded. Ike began working as a session musician, freelance talent scout, and production assistant at Sun Studio in Memphis, Tennessee, and around this time, he played piano on some of B.B. King's early albums. He later reformed the Kings of Rhythm, and they recorded tracks for Federal Records and Cobra/Artistic. In 1960, Ike formed the Ike & Tina Turner Revue with then-girlfriend Ann Bullock, who he renamed "Tina Turner" after a record executive offered the duo a $20,000 advance for the song "A Fool in Love" and suggested that Ann should be the star of his act. The Kings of Rhythm performed with the Ike & Tina Turner Revue, along with the Ikettes, a group of female back-up singers.

In 1966, Phil Spector produced the track "River Deep – Mountain High" and signed Ike and Tina to his record label after getting them released from Loma Records. The single was very successful in Europe, and Ike and Tina served as the opening act on the Rolling Stones' 1966 British Tour. They were headlining in Las Vegas by the end of the decade, and in 1969, Turner released an album, "A Black Man's Soul," with the Kings of Rhythm, earning a Grammy nomination for Best R&B Instrumental Performance. Ike and Tina had their biggest hit in 1971 with "Proud Mary," selling over a million copies, peaking at #4 on the "Billboard" Hot 100, and earning the couple a Grammy. Turner opened the Bolic Sound recording studio in 1972, and several notable artists recorded there, including Paul McCartney, Little Richard, and George Harrison. Ike released the solo albums "Blues Roots" (1972) and "Bad Dreams" (1973), and Ike and Tina's single "Nutbush City Limits" received the first ever Golden European Record Award after selling 1 million+ copies in Europe.

The Ike & Tina Turner Revue ended in 1976, and Tina left Ike in July of that year. Ike had a difficult time finding success as a solo artist due to drug addiction and multiple arrests, and after serving time in prison, he sold 20 masters that he and Tina had never released to Esquire Records. He earned approximately $500,000 in royalties after Salt-N-Pepa sampled his song "I'm Blue (The Gong Gong Song)" in their 1993 hit "Shoop," and he reformed the Ikettes soon after and began performing as the Ike Turner Revue. Turner was featured in the 2003 documentary series "Martin Scorsese's The Blues," and in 2006, he released the solo album "Risin' With the Blues," which earned a Grammy for Best Traditional Blues Album.

Personal Life: Ike claimed that he was married a whopping 14 times, and he sometimes remarried before he was legally divorced from the previous wife. At age 16, he married Edna Dean Stewart on April 10, 1948, and they split up when Edna decided that she no longer wanted to live in Clarksdale. Turner wed Velma Davis on September 19, 1950, and though she claimed that Ike fathered her daughter, Linda, Turner denied it. Ike then wed Rosa Lee Sane, but after her family had her committed to an insane asylum, he never saw his wife again despite his efforts to get her out. He married Kings of Rhythm pianist and vocalist Marion Louis Lee (aka Bonnie Turner) on September 24, 1952, but she left him for another man in 1953, and they divorced two years later. Ike wed Annie Mae Wilson, who played piano in his band, in the mid-1950s, and she left him for a police officer after they moved to Illinois. He then began a relationship with Lorraine Taylor, and they had two sons, Ike Jr. (born October 1958) and Michael (born February 1960).

Turner met Ann Bullock (better known as Tina Turner) in 1957, and when she became pregnant by Ike's saxophonist, Raymond Hill, the couple lived with Ike and Lorraine. Hill left her before the birth of their son, Craig, and she later became involved with Turner, giving birth to their son, Ronnie, in October 1960. They formed the band the Ike & Tina Turner Revue, then married in 1962. Tina has said that Ike was abusive and unfaithful during their marriage, which led her to attempt suicide in 1968. Tina filed for divorce in July 1976, and Ike got to keep publishing royalties for their compositions as well as Tina's share of the Bolic Sound recording studio, real estate, and publishing companies. In his autobiography, Ike wrote, "Sure, I've slapped Tina. We had fights and there have been times when I punched her to the ground without thinking. But I never beat her." After Tina, Turner was married to Margaret Ann Thomas (1981-1989), Jeanette Bazzell (1995-2000), and Audrey Madison (2006-2007); Ike and Margaret met in the 1960s and had a daughter, Mia, in January 1969. In 1988, he found out that he had a daughter named Twanna, whose mother is Pat Richard. 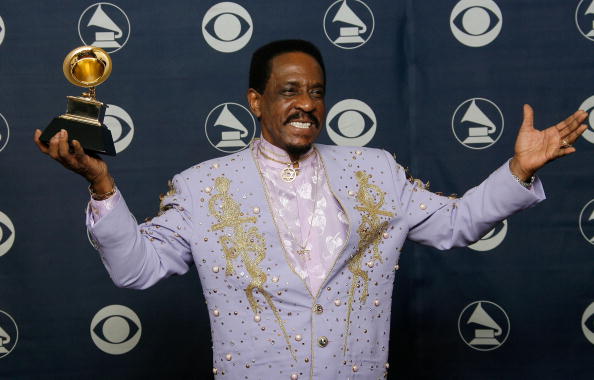 Ike was arrested numerous times, including a 1980 arrest for cocaine possession, a 1981 arrest for shooting a newspaper delivery man, and a 1990 arrest for driving under the influence of cocaine (which earned him 18 months in prison). Turner's cocaine addiction eventually caused a hole in his nasal septum. He was diagnosed with emphysema in the early 2000s and had to use an oxygen tank, and after his death, his autopsy showed Seroquel in his system, which can be used as a treatment for schizophrenia, bipolar disorder, and Alzheimer's disease. Both his ex-wife Audrey Madison and his personal assistant/caretaker, Falina Rasool, have said that Ike was bipolar.

Death: Ike became reclusive shortly before his death, and he told Falina Rasool, that he thought he was dying and wouldn't make it until Christmas. Turner's prediction proved correct just two days later, and he passed away at his San Marcos, California, home on December 12, 2007. His funeral took place at the City of Refuge Church on December 21st, and Little Richard, Phil Spector, and Solomon Burke spoke at the service. The Kings of Rhythm performed "Proud Mary" and "Rocket 88" at the funeral, and Ike was cremated after the service. In January 2008, the San Diego County Medical Examiner's Office revealed that Turner's cause of death was a cocaine overdose "with other significant conditions, such as hypertensive cardiovascular disease and pulmonary emphysema." Ike didn't leave a valid will when he died, and though his ex-wife Audrey Madison filed a petition that claimed Turner had named her as a beneficiary in a handwritten will, a judge ruled that the will wasn't valid and that his adult children were the rightful heirs to Ike's estate under state law. 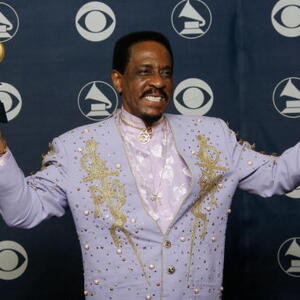