Iggy Azalea Net Worth: Iggy Azalea is an Australian rapper and musician who has a net worth of $15 million. She burst onto the media scene in 2013 when her single, "Work", became a global hit. As of this writing, she has sold more than 50 million albums and 22 million singles worldwide.

Early Life: Born Amethyst Amelia Kelly on June 7, 1990, in Sydney, Australia, Iggy Azalea is one of the few rising female MCs on the hip-hop scene. But as a white girl from rural Australia, she's openly admitted to being something of an outsider in the world of rap. Azalea spent most of her childhood in Mullumbimby, New South Wales, living humbly with her father Brendan Kelly, a painter and comic artist, and her mother Tanya, a hotel cleaner. She started rapping at the age of 14, inspired by the girl-band TLC and rapper Left Eye Lopez, and even formed a group with two other girls from her neighborhood. Soon, she quit the all-female band due to a lack of other girls' interest in the group. Having a burning desire to move to America, Iggy dropped out of high-school and started to work with her mother. In 2006, she came to the States, right before she turned 16. It was supposed to be only a holiday, but eventually, she decided to stay and told her parents she was not coming back. Iggy obtained her GED and got a visa waiver, and returned to Australia every three months to renew it in order to remain in the U.S. legally. Azalea first stayed in Miami, Florida, followed by a brief stint in Houston, Texas, and a few-year stay in Atlanta, Georgia. She worked illegally in the United States until she was granted a five-year O Visa in February 2013. Iggy Azalea came up with her unique stage name by putting together the name of her dog, Iggy, with the street she grew up on, Azalea. 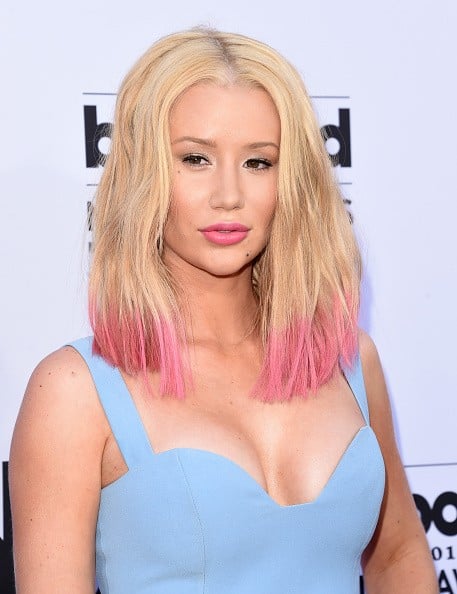 Career: In 2010, Iggy settled in LA, California, where she still resides. Meanwhile, she had met rapper Jefe "Wine-O" Wine, who became her boyfriend and subsequently signed Azalea to his independent record label, Wine-O Music. After they broke up, Wine-O still released Azalea's music via iTunes under his label. In 2011, she started to upload her freestyle videos on YouTube. Azalea's career saw a major rise when her controversial songs "Pussy" and "Two Times" went viral on the video-sharing site. In September 2011, Azalea released her first full-length project, a mixtape entitled Ignorant Art. It was followed by TrapGold, her second mixtape that came a year later. In 2012, Azalea made history becoming the first non-American female rapper to be featured on XXL's annual Top 10 Freshman cover issue. She began to hint her debut studio album, The New Classic, and said she would release it once she obtained a major record deal. Azalea reached out to rapper T.I. for some artistic direction and input on her debut album. Azalea was signed to Grand Hustle Records in 2012 and continued to work on her new album, collaborate with fellow artists, and perform. She embarked on a North American tour with Rita Ora and headlined a tour in Europe to support TrapGold.

It was announced that Azalea had signed with Mercury Records on February 13, 2013. She released the music video for her debut single "Work" on March 13, 2013. "Work" immediately became a hit. A month later, her second single "Bounce" premiered on BBC Radio 1. In July 2013, she opened for Beyonce on the 17-date Australia leg of her Mrs. Carter Show World Tour. BBC Radio 1 premiered the third single from The New Classic, "Change Your Life," on August 19, 2013, and the hit single "Fancy" on February 6, 2014. Hitting the top of the US Billboard chart immediately, "Fancy" went on to be Azalea's most successful single to date.

The New Classic was finally released to much fanfare on April 21, 2014. It debuted at No. 3 on the Billboard chart and sold 52,000 copies in the US within the first week. It was the highest-charting female rap album since Nick Minaj's 2013 album Pink Friday: Roman Reloaded. Later that spring, Azalea collaborated with Ariana Grande on her song "Problem" and Jennifer Lopez's single "Booty." Via her Twitter account on December 10, 2014, Azalea announced her plans for a world tour in 2015 and a second studio album. 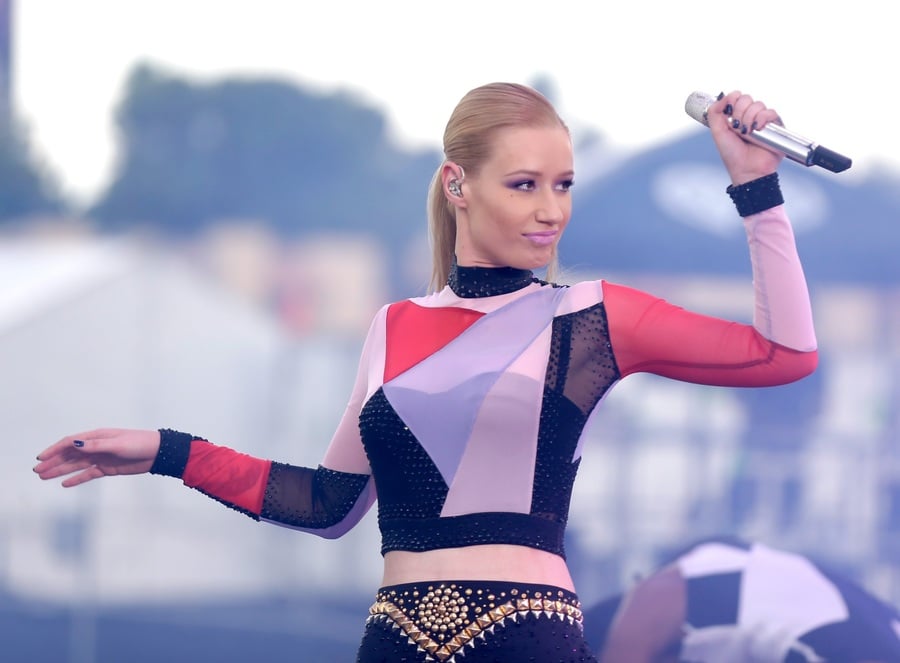 In May 2015, Iggy released the duet "Pretty Girls" with Britney Spears. She canceled her world tour and planned a new tour for 2016 to support her album she was working on. She announced in October that same year that her second album would be called Digital Distortion. The lead single Team was released in March 2016. Azalea signed up to be a judge on The X Factor Australia for its eighth season running from October to November 2016. She delayed her next album further but released two singles, "Mo Bounce" and "Switch," in the spring of 2017.

In February 2019, Azalea announced that she had completed work on her second studio album, In My Defense. "Sally Walker" was the first single off the album, debuting at No. 62 and racking up a total sales of over 82,000 copies. The album In My Defense was released on July 19, 2019. It debuted and peaked at No. 50 on the Billboard chart, and, despite the wild popularity of her first album, her second was unfortunately met with many negative critical reviews.

Personal Life: Azalea was approved as a permanent resident of the United States in March 2018.

Azalea and rapper A$AP Rocky dated for one year. They had gotten matching tattoos on their fingers, but Azalea removed hers. She started dating LA Laker Nick Young in November 2013 and announced their engagement on June 1, 2015. However, a leaked video consisting of Young appearing to brag about cheating on Azalea led to their split in June 2016.

She began dating rapper Playboi Carti in 2018. They have a son together.

Azalea confirmed to Vogue and Seventeen magazine that she has undergone breast augmentation and a nose job. 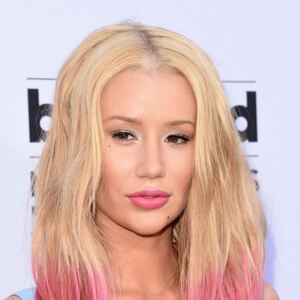