Ian Paice net worth: Ian Paice is an English musician who has a net worth of $40 million dollars. Ian Paice was born in Nottingham, England, and began playing the drums when he was fifteen years old. He went on to perform his first professional gigs with his father's band. From there, he began performing in other bands, and released his first album when he was seventeen.

In the late 60s, he performed with MI5, later renamed The Maze, and then formed Deep Purple in 1968. Deep Purple has continued to perform to this day, though it has gone through multiple line-up changes, with the exception of Ian Paice. The group also took an eight-year break. They have sold over 100 million albums worldwide, and are considered one of three groups that pioneered the British hard rock sound. In addition to his many years with Deep Purple, Ian Paice also performed with Whitesnake from 1979 to 1982, and served as the drummer on four of their albums. 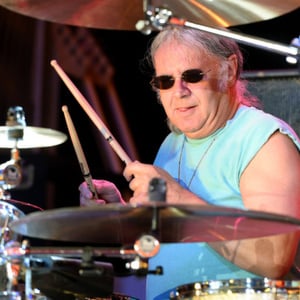