Ian Brown Net Worth: Ian Brown is an English musician who has a net worth of $8 million. He is best known as the lead singer of The Stone Roses, world-famous alternative rock band that broke up in 1996 and reunited in 2012. In the time of the group's break-up, Brown continued to play music, leading a successful solo career.

Born Ian George Brown on February 20, 1963 in Warrington, England, he had music close to his heart since he was a student at the Altricham Grammar School for Boys. The music band Sex Pistols was his favorite band at the time and later it served as his major source of inspiration. Brown started his musical career in 1980 with John Squire and Simon Wolstencroft. The trio became known as The Patrol, along with Andy Couzens on vocals. However, the band soon split up and some two years later Brown took part of the Stone Roses in 1983. The band rose to prominence in the 1980s and the 1990s with their debut album "The Stone Roses" (1989) being voted the best British album of all time in 2004. In 1994 the band released their second album, Second Coming, which received a mixed reaction and was followed with the band split up in October 1996. As a solo artist, Ian Brown released 6 studio albums his latest "My Way" being released on 28 September 2009. 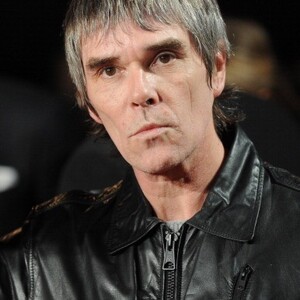