What is Huey Lewis' Net Worth?

Huey Lewis is an American singer, songwriter and actor who has a net worth of $25 million. He is best known for his musical career with his band, Huey Lewis and the News. He was also previously active with the band Clover.

Hugh Anthony Cregg III, better known by his professional name Huey Lewis, was born in New York City on July 5, 1950. His father, Hugh Anthony Cregg Jr., was from Boston, and is from an Irish-American family. His mother, Maria Magdalena Barcinski, was from Warsaw, Poland. Although he was born in New York City, Lewis was actually raised in California. There, he and his family lived in various places around Marin County, including Tamalpais Valley, Strawberry, and Mill Valley. His parents divorced when he was thirteen years old. His stepfather is Lew Welch, a Beat Generation poet. Lewis has credited Welch as one of his inspirations, especially during his teenage years.

For high school, Lewis attended the all-male prep school Lawrenceville School in New Jersey. There, he was an all-state baseball player and stellar student. He even reportedly achieved a perfect score on the math section of the SAT when he took it in 1967.

After high school, he hitchhiked across the US back to New York City, and then embarked on a trip to Europe. In Europe, he traveled around and played music, even busking with his harmonica. When he returned to the US, he enrolled at Cornell University in the engineering program. However, he dropped out of college during his junior year to play music. He also worked a series of odd jobs, doing everything from landscaping and carpentry to even event planning.

In 1971, Lewis joined the band Clover. He played harmonica, and also occasionally sang lead vocals on select songs. In 1976, Clover left the Bay Area to go to Los Angeles, where they had their big break and were discovered by English music producer Nick Lowe. Nick persuaded the band to relocate to the UK, where they released two albums, "Unavailable" (1977) and "Love on the Wire" (1977). Unfortunately, both of the albums were not successful, and the band returned to California in 1978, and disbanded that same year.

He then formed the band Huey Lewis and the News, which would soon become one of the most popular musical acts of the 1980s. The band had dozens of hit singles and a series of extremely popular music videos.

They released their first album together, "Huey Lewis and the News", in 1980. They followed with "Picture This" in 1982, and "Sports" in 1983. "Sports" sold over 10 million albums worldwide, making it one of the most popular pop albums of all time. Additionally, "Sports" had four different songs that became top-ten hits, and the album went on to be the second best album of 1984, behind Michael Jackson's "Thriller".

Huey Lewis and the News followed the success of "Sports" with their fourth studio album, "Fore!", in 1986. It ended up being another multi-platinum release. "Fore!" actually contained five top-ten singles (one more than "Sports" had achieved), and the album itself charted number one on the Billboard charts. 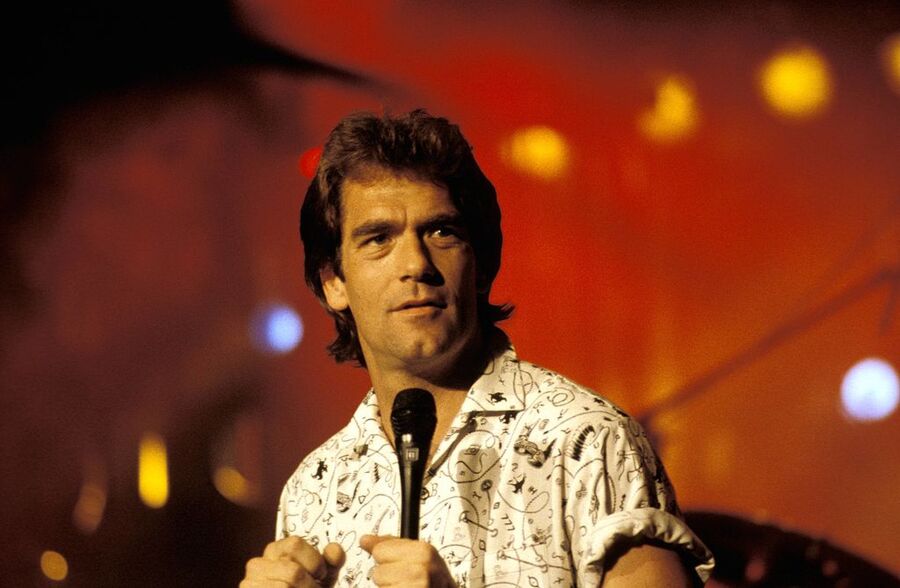 In addition to their massively successful albums, Huey Lewis and the News reached a new level of fame when their single, "The Power of Love", was featured in the popular 1985 blockbuster film "Back to the Future". The band created the song specifically for use in the film. The single became arguably the band's most famous song. They had another song, "Back in Time", which was featured in the sequel film "Back to the Future Part II" (1989). While they weren't releasing music, the band spent most of the 1980s and 1990s touring. Their other studio albums include "Small World" (1988), "Hard at Play" (1991), "Four Chords & Several Years Ago" (1994), "Plan B" (2001), "Soulsville" (2010), and "Weather" (2020).

Huey made a brief cameo in the first "Back to the Future" movie as a band audition judge. In the movie, Marty plays an early version of "Power of Love" for his audition. Lewis, playing a judge, cuts Marty off early into the audition with the now famous line "You're just too darn loud". Interestingly, when the scene was actually filmed, the song had not been fully written or recorded yet. Huey and the band had to provide Michael J. Fox, the actor who plays Marty, with an early sample of what would become a very famous riff.

In 1983, Lewis married Sidney Conroy, the secretary of his manager. They have two children together. In 2018, Lewis was diagnosed with Meniere's disease. This disease affects the inner ear, and can result in symptoms such as vertigo, tinnitus, and hearing loss. Due to his struggles with his hearing, Lewis was actually forced to cancel the rest of the music shows he and his band had scheduled on their 2018 tour. Prior to his diagnosis, Huey and the News consistently performed 80-100 shows a year.

Huey spent much of his adult life living in Marin County, California while also owning a second home in Montana. He bought his first parcel in the late 1980s and eventually acquired seven additional properties to create what is now his 500+ acre ranch in Stevensville, Montana that serves as his primary residnece.

He first became aware of Montana after friends introduced him to the world of fly fishing. Today he is an avid practitioner of the sport. He famously has taken neighbors like Tom Brokaw on fly fishing excursions. 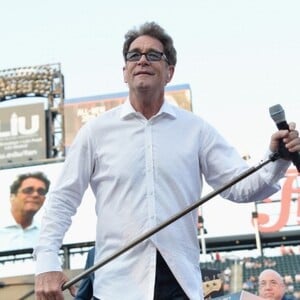