Howie Dorough Net Worth: Howie Dorough is an American musician who has a net worth of $45 million dollars. Born Howard Dwaine Dorough in Orlando, Florida, in 1973, Howie Dorough is best known for being a member of the popular pop boy band the Backstreet Boys. He joined the group in 1993, and the band's popularity grew overseas before taking root in the United States.

Their first U.S. album, "Backstreet's Back", reached number four on the Billboard 200 and has since sold more than 14 million copies. Their 1999 effort, "Millennium", earned the top spot in a handful of countries and is one of the best-selling albums in music history. Overall, the Backstreet Boys sold more than 100 million albums worldwide. Dorough embarked on a solo career with the release of his first album, "Back to Me", in 2011. He was part of Britney Spears' Femme Fatale Tour the same year. He has appeared in several TV shows and movies, including "Sabrina, the Teenage Witch", "Roswell" and "This Is the End". Dorough is the founder of Sweet D, Inc., a real estate developing company. He and his wife, Leigh Boniello, have been married since 2007. They have two children together, sons James Hoke and Holden John. He's heavily involved in his organization, the Dorough Lupus Foundation, which helps to support patients with lupus. 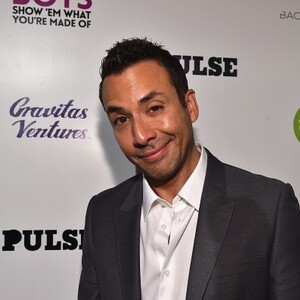