Howard Donald net worth: Howard Donald is an English singer-songwriter, musician, dancer, DJ, and producer who has a net worth of $40 million. Howard Donald was born in Droylsden, Lancashire, England, United Kingdom in April 1968. Donald is a member of the pop group Take That and is also a judge on the German reality talent show Got to Dance.

Take That was formed in 1990 and Mark Owen provides background vocals. The group has had 27 singles in the Top 40 and seven #1 albums. The group released their debut studio album Take That & Party in 1992 and has released seven albums including their latest III in December 2014. Their albums have been certified Gold or Platinum and charted in nine countries. Some of Take That's biggest hits include "Could It Be Magic", "Pray", "Relight My Fire", "Babe", "Everything Changes", "Sure", "Back for Good", "Never Forget", "How Deep Is Your Love", "Patience", "Shine", "Rule the World", "Greatest Day", and "The Flood". The group has won many awards and was named as Amazon's top-selling music artist of all time. They were named by Forbes as the 5th highest earning music stars in the world in 2012 and Take That was named the most successful boy band in UK chart history by Official Charts Company. Donald uses the name DJ HD and specializes in Chicago House. In 2007 while on tour with Take That he suffered a collapsed lung but quickly returned. 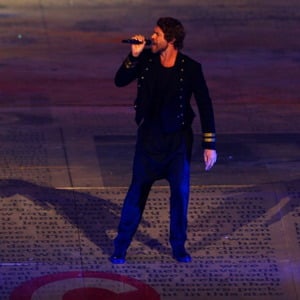