Holly Johnson net worth: Holly Johnson is an English artist, musician, and writer who has a net worth of $12 million. Holly Johnson was born in Liverpool, England, United Kingdom in February 1960. He is best known for being the lead vocalist of the band Frankie Goes to Hollywood. Johnson was also the bass guitarist for the band Big in Japan. Frankie Goes to Hollywood formed in 1980 and released their debut studio album Welcome to the Pleasuredome in 1984 which reached #1 in the UK and New Zealand as well as the Top 10 in Australia, Austria, Canada, France, Germany, the Netherlands, Norway, Sweden, and Switzerland. Their album Liverpool was released in 1986 and reached #5 in the UK, Germany, and the Netherlands. Frankie Goes to Hollywood had #1 singles in the UK and other countries with the songs "Relax", "Two Tribes", and "The Power of Love". Johnson released his debut solo studio album Blast in 1989 which reached #1 in the UK. He went on to release the albums Hollelujah in 1989, Dreams That Money Can't Buy in 1991, Soulstream in 1999, and Europa and Unleashed From the Pleasuredome in 2014. His singles "Love Train" and "Americanos" both reached #4 in the UK. Johnson became a painter in the 1990s. 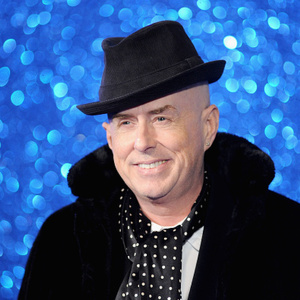