Hoku net worth: Hoku is an American singer who has a net worth of $500 thousand. Hoku was born in Oahu, Hawaii in June 1981. She is the daughter of Don Ho and her musical styles include bubblegum pop, teen pop, Europop, R&B, and Christian rock. Hoku released her only album which was self-titled in 2000 and it reached #8 on the US Heatseekers chart.

Her most popular single "Another Dumb Blonde" reached #27 on the Billboard Hot 100 and #29 on the US Pop chart and was also featured on the Snow Day soundtrack. Hoku frequently performed with her father and learned how to write songs as a kid. She received a $300 thousand contract from Geffen Records. She wrote and funded her own EP Listen Up in 2008. Hoku married her high school sweetheart and the couple now serves as Art and Worship Architects at Branches Church which is located in Dana Point, California. 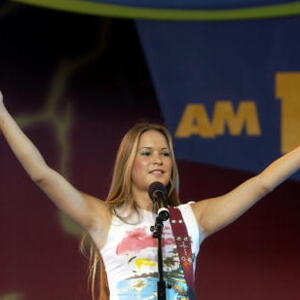