Utada Hikaru Net Worth: Utada Hikaru is a Japanese American singer and songwriter who has a net worth of $45 million. Utada Hikaru was born in New York City, New York in January 1983. Hikaru has released five Japanese studio albums and three English studio albums. All five of her Japanese albums have reached #1 on the charts in Japan, Taiwan, Hong Kong, and Singapore.

Her debut album First Love sold 10 million copies worldwide and each other Japanese album has sold at least a million copies. Her second English album Exodus sold over a million copies and hit #1 in the same four countries. She has had 12 #1 singles on the Oricon singles chart and has sold over 50 million records total worldwide. The Japan Times called her the most influential artist of the decade in 2009. She contributed to the theme songs for Square Enix and Disney's collaborative video game series Kingdom Hearts: "Simple and Clean" and "Sanctuary". Her 2007 single "Flavor of Life" hit #2 for worldwide digital downloads with more than seven million. She married Kazuaki Kiriya in 2002 but divorced in 2007. Hikaru married Francesco Calliano in 2014. 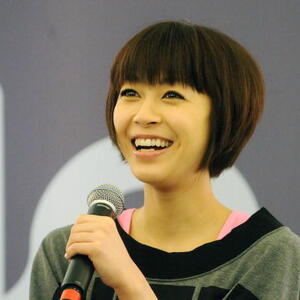