Helene Fischer net worth: Helene Fischer is a German singer, entertainer, television presenter, and actress who has a net worth of $45 million. Helene Fischer was born in Krasnoyarsk, Russian SFSR, Soviet Union in August 1984. She has sold more than 15 million albums and her album Farbenspiel was released in 2013 and became the most legally downloaded album ever from a German artist.

She has been ranking among the top 10 highest paid women in music for 2018. As a singer her debut studio album Von hier bis unendlich was released in 2006 and she released the album So nah we du in 2007. Her album Zaubermond was released in 2008 and reached #2 in Germany as did her album So wie ich bin in 2009 which also reached #1 in Austria. Her albums Fur einen Tag in 2011, Farbenspiel in 2013, Weighnachten (With Royal Philharmonic Orchestra) in 2015, and Helene Fischer in 2017 all reached #1 in Germany and either #1 on #2 in Austria and Switzerland. 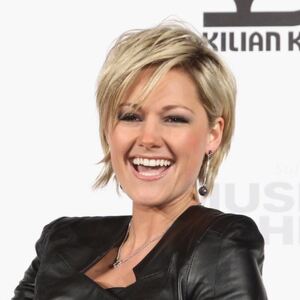