Helen Reddy net worth: Helen Reddy was an Australian actress and singer who had a net worth of $3 million dollars at the time of her death. Helen died on September 29, 2020 at the age of 78. During a multi-decade, highly successful career Helen was best-known for the song "I am Woman".

Born in Melbourne, Australia, Helen Reddy began performing before she started school, touring with her parents on the Australia vaudeville circuit. She decided to quit performing when she was in her teens, and got married, but the relationship ended in divorce, and she went back to performing in order to support her newborn daughter. After winning the Australian talent show, "Bandstand", she moved to the US to claim the promised prize, a recording contract with Mercury Records. There was actually no recording contract, but she decided to stay in New York. After struggling for years, she finally signed with Fontana Records, (ironically a division of Mercury). After more years of struggle, and relocation to California, she finally achieved some recognition in the early 70s.

It was Helen's 1972 release, "I Am Woman" that led to super-stardom. It became the anthem of the woman's movement, charted at #1, and won her a Grammy Award. She went on to release a string of successful singles, and also enjoyed a prolific acting career on television and onstage.

Helen largely retired from performing in 2002. She gave a farewell performance that year at the Edmonton Symphony Orchestra. That same year she sold her longtime home in Santa Monica, California and moved to her native Sydney where she ented a modest harbor-view apartment ever since. She reportedly lived simply, off savings, social security and song royalties. 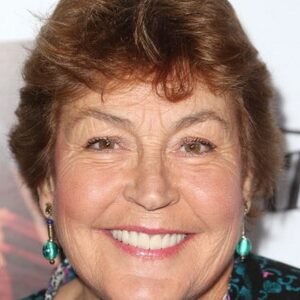