Heidi Range net worth: Heidi Range is a British singer and songwriter who has a net worth of $8 million. Heidi Range was born in Liverpool, England in May 1983. She is best known for being a former member of the group Sugababes. She was also an original member of the girl group Atomic Kitten.

Range was rejected by the band Scooch for being too young. The formed the girl group Atomic Kitten but left the group after two years. Range joined Sugababes in 2001. Their 2002 album Angels with Dirty Faces reached #1 in the UK and was certified 3x Platinum. Their album Three was released in 2003 and reached #3 in the UK. The group's album Taller in More Ways was released in 2005 and reached #1 in the UK. Their album Change was released in 2007 and also reached #1 in the UK. Sugababes also released the albums Catfights and Spotlights in 2008 and Sweet 7 in 2010. Their single "Push the Button" reached #1 in the UK, Austria, Ireland, and New Zealand and also reached the top three in Australia, Denmark, Germany, the Netherlands, Norway, and Switzerland. Sugababes have also had success with the singles "Overload", "New Year", "Run for Cover", "Soul Sound", "Freak like Me", "Round Round", "Stronger", "Angels with Dirty Faces", "Shape", "Hole in the Head", "Too Lost in You", "In the Middle", "Caught in a Moment", "Ugly", "Red Dress", "Follow Me Home", "Easy", "Walk This Way", "About You Now", "Change", "Denial", "Girls", "Get Sexy", and "Wear My Kiss". 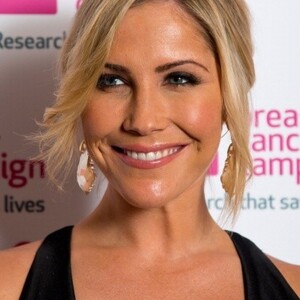