What is Hayley Williams' Net Worth?

Hayley Williams is an American singer and songwriter who has a net worth of $10 million. Although Hayley Williams is best known as the singer for the band Paramore, she is also famous for her solo career. Hayley Williams has won a number of awards over the course of her career, and she has also been nominated for many others. Outside of music, Hayley Williams collects a considerable income through various brand endorsements. She has also launched many of her own business ventures.

Hayley Nicole Williams was born on December 27th of 1988 in Meridian, Mississippi. When Hayley was twelve years old, her parents divorced and she relocated to Franklin, Tennessee to live with her mother. While attending high school, she met Zac and Josh Farro, two brothers who would later join the band Paramore. While attending school, Hayley Williams also started taking vocal lessons and developed a passion for music. She then started to audition for various bands. During one of these auditions, she met future Paramore bassist Jeremy Davis.

Shortly after her parents divorced, Hayley Williams was discovered and signed to a 2-year record deal. She began her career as a songwriter for other pop musicians, but she quickly drew the attention of Atlantic Records, who wanted to turn her into a solo pop star. However, she insisted upon playing pop-punk music with a band, and Atlantic obliged.

Josh Farro, Zac Farro, and Jeremy Davis joined Hayley Williams and formed the group Paramore shortly thereafter. Williams was inspired by groups such as Radiohead, Fireworks, and Lemuria when she initially conceptualized the band, and the word "Paramore" is a stylized spelling of the word "Paramour," which means "secret lover."

Paramore's debut album came in 2005 with All We Know Is Falling. The album was released under a smaller subsidiary of Atlantic called Fueled by Ramen. The band followed up with four more records, including Riot!, Brand New Eyes, Paramore, and their most recent entry, 2017's After Laughter. In 2010, Josh and Zac left the group, calling the band a "manufactured product of a big label."

Hayley Williams first started to carve out an identity for herself with "Strangers," a single that she wrote and recorded. The track appeared on the soundtrack of the movie Jennifer's Body. She also gained notoriety with the tracks "Airplanes" and "Airplanes, Part II," the latter of which featured a verse from Eminem. Additionally, she featured on the EDM song by Zedd, "Stay the Night." Following these successes, Hayley Williams announced that she would be releasing a solo album. In 2020, she released Petals for Armor, her first album outside of Paramore. The release achieved critical acclaim. 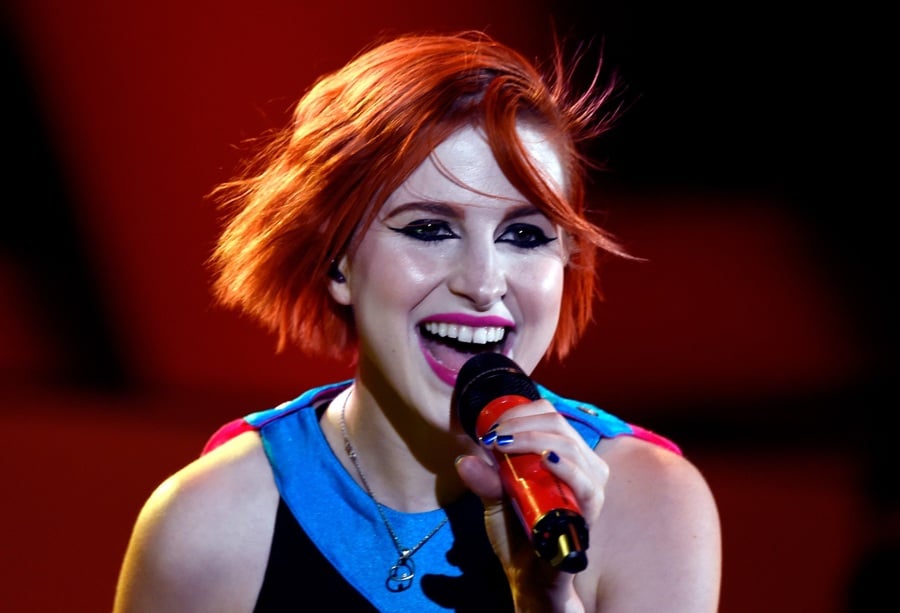 Hayley Williams has been singled out for praise by critics for her impressive vocal abilities. Of particular note is her ability to sing in the whistle register, which she combines with a 4-octave range as a soprano. Critics often celebrate her charisma and character when singing, mentioning her Southern twang that creeps into some of her songs. Williams has cited vocal influences like Gwen Stefani and Debbie Harris.

In 2008, Hayley Williams started dating Chad Gilbert of the band New Found Glory. After six years of dating, they eventually became engaged in 2014 and officially married in 2016. However, the marriage would not last, and the pair separated in 2017. By the end of the year, their divorce was finalized.

Hayley Williams has spoken about her Christian faith on more than one occasion. As a leading creative force within Paramore, she regularly infuses her music with themes of faith and Christianity. Although she is religious, she often criticizes mainstream Christianity for not being accepting of different people. She is also strictly against addictive substances, including alcohol, cigarettes, and illegal drugs.

Hayley Williams struggles with depression, and she has made her battle with mental health a publicly known fact. According to Williams, her depression is so serious that it caused her to leave Paramore at one point, and it also caused suicidal thoughts which she refused to act upon.

Hayley Williams identifies as a feminist, a stance that was challenged by various groups after lyrics from the Paramore song "Misery Business" were questioned. The song contains the line "Once a whore, you're nothing more, I'm sorry that'll never change." Accusations of misogyny were hurled in Williams' direction, and she later apologized by saying she was "a proud feminist. Just maybe not a perfect one." She then went even further by announcing during a 2018 concert that she would not perform the song again "for a really long time."

Hayley Williams has added to her net worth with a number of brand endorsements over the course of her career. Perhaps the most notable example came in 2013 when she partnered with MAC Cosmetics to promote their new, colorful makeup collection. She also partnered with Hard Rock Cafe to raise awareness for breast cancer research and fundraising during their PINKTOBER campaign in 2013. Williams is quite involved in the beauty/cosmetics world, and she appeared on the cover of Nylon magazine to promote Paramore's new album in 2013.

Aside from partnering with various brands, Hayley Williams has also launched a number of her own business ventures. In 2015, she created "Kiss-Off," an online TV show hosted by Popular TV. The show provides makeup tips, tutorials, and serves as an entertaining way for Williams to connect with her fans.

She also created her own hair dye company in 2016 called Good Dye Young. The company is a collaborative effort between Hayley Williams and her makeup artist, Brian O'Connor. The vegan, cruelty-free hair dye brand offers a range of different hair dye colors, including a special new type of temporary dye that rinses out after one wash.

In 2019, Hayley Williams listed her historic home in Franklin, Tennessee – not far from where she grew up. The 3-bedroom, 2,300-square-foot home was built in 1935, although it offers plenty of modern features, and Williams had previously shown off the house on an episode of MTV's Cribs. Hayley Williams put the historic property on the market for $1 million. 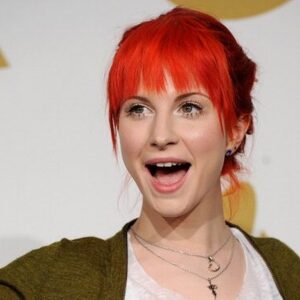