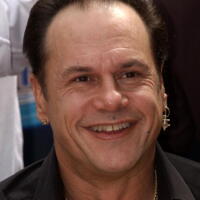 What is Harry Wayne Casey's Net Worth?

Harry Wayne Casey is an American singer, songwriter, musician and producer who has a net worth of $10 million. Harry Wayne Casey, also known as KC, was born in Opa-Locka, Florida and founded KC and the Sunshine Band, then known as KC and the Sunshine Junkanoo Band, in 1973. The band changed names, and added some members a year later, and began to gain notice in the UK for their special brand of funk, disco, and R&B. They then broke through in the United States in 1975. KC and the Sunshine Band are responsible for such hits as, "Get Down Tonight", "That's the Way (I Like It)", "(Shake Shake Shake) Shake Your Booty", "I'm Your Boogie Man", "Keep It Comin' Love", and "Please Don't Go". After briefly launching a solo career, and surviving a serious accident, Harry Wayne decided to take some time off from music. He returned to performing and touring, regularly, in the mid-90s, when KC and the Sunshine Band reunited. They have continued to perform around the world regularly since then.

Harry Wayne Casey was born on January 31, 1951 in Opa-locka, Florida. He was strongly interested in music while growing up and was influenced by the organ music he would hear when his family attended church. His parents enrolled him in piano lessons and he would sometimes hold backyard concerts for his parents and friends. When he was a teenage, he joined a band called Five Doors Down. He grew up in Hialeah and attended Hialeah High School, graduating in 1969. After high school, he attended Miami-Dade Junior College and worked parttime at a drugstore and later a record store.

KC and The Sunshine Band


While working at the record store, Casey become friends with some of the employees of TK Records and Tone Distributors. They invited him to check out their recording studios. Over time, Casey began spending more and more time there and the company president eventually gave him a job sweeping floors and packing records for shipment in the warehouse. One day, Casey met bassist and part-time recording engineer Richard Finch. When the studio wasn't in use, the two were allowed to experiment in the recording studio and they began cutting numerous demo records. Both were heavily influenced by the sounds of Motown and pop bands.

Casey and Finch made their first professional recording as KC and the Sunshine Band, signed to TK Records, after gathering a group of studio musicians to help them record the track "Blow Your Whistle." The single was released in 1973. They released their second single, "Sound Your Funky Horn," in 1974. Both the singles did relatively well on the U.S. R&B charts, as well as in some foreign countries. Around this time, Casey and Finch also wrote another song, "Rock Your Baby, that they ultimately decided was too high for Casey to sing. They save the song to singer George McCrae. The track was released in early 1974 and quickly jumped to the number one spot on both the R&B and pop charts. The record label was impressed and gave them approval to continue working on their own stuff.

KC and the Sunshine Band initially became more popular in Europe, as their track, "Queen of Clubs," was a top ten hit is England and in Germany. Their first tour was not in the United States, but through Europe. They released a self titled album in early 1975.

The same year, in 1975, the band rose to prominence in the United States with their release of "Get Down Tonight" and "That's the Way (I Like It)." Their popularity continued rising with tracks like "(Shake, Shake, Shake) Shake Your Booty," "I'm Your Boogie Man," "Keep It Comin' Love," and "Please Don't Go." In late 1975, the released the album "The Sound of Sunshine," which featured some of those sons. In 1976, the band won five Grammy Awards. They decided to reissue the track "Queen of Clubs" in March of that year and it then became a hit in the United States after its earlier success in Europe.

In 1977, one of their tracks, "Boogie Shoes," appeared on the soundtrack to the popular film, "Saturday Night Fever." The following year, the band released the album "Who Do You Love" followed by "Do You Wanna Go Party" in 1979. 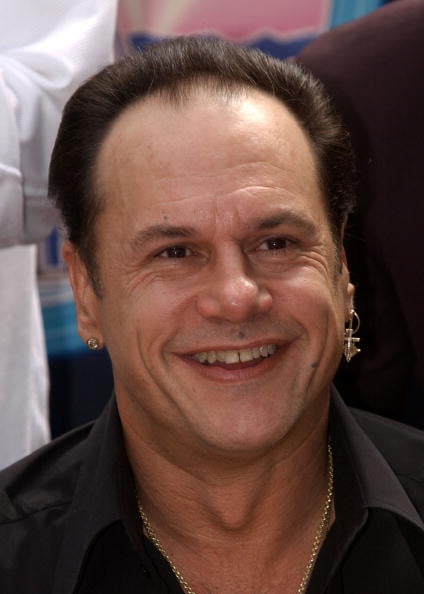 As disco music was beginning to get less airplay on the radio due to changing tastes in music at the time, the band began including more ballads on their albums. Some of these ballads include "Please Don't Go," which eventually hit the top spot on the pop charts in January of 1980, "All I Want," and "Yes I'm Ready."

In 1980, TK Records also filed for bankruptcy. KC and the Sunshine Band decided to sign a contract with Epic Records. However, all of the music that they subsequently released on that label was not nearly as successful. Soon afterward, the band decided to break-up.

Casey initially released a few pop albums in the early 1980s. Then in January of 1982, Casey was involved in a head-on car collision that left him severely injured. He had to use a wheelchair for almost a year and did not create any music during this time. He had to relearn how to walk, dance, and play the piano. After he recovered, he began recording again and released the track "Give It Up" in 1983. The track became very popular in the UK but his U.S. label, Epic, refused to release it.

In order to avoid more issues with record labels, Casey formed the independent label, MECA. He bought the rights to "Give It Up" from Epic and rereleased the song on MECA. It became a top 20 hit in the U.S. Casey has since continued touring as KC and the Sunshine Band since the 1990s.

Casey lives in Miami Lakes, Florida. He generally has kept his personal life out of the spotlight. He is never known to have been married and does not share personal stories on any social media platform. He is also not confirmed to have any children.