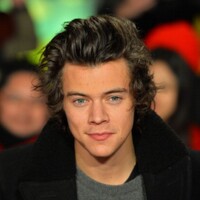 What is Harry Styles's Net Worth?

Harry Styles is an English singer, songwriter and actor who has a net worth of $120 million. Harry Styles first rose to fame as part of the boyband One Direction, and following the group's disbandment has enjoyed a successful solo career. In 2021 he won a Grammy for Best Pop Solo Performance for the song "Watermelon Sugar." That same year he was also nominated for Best Pop Vocal album and Best Music Video – for the song "Adore You."

Harry Edward Styles was born on February 1, 1994 in Redditch, Worcestershire, England, and raised in Holmes Chapel, Chesire. He has an older sister, Gemma. His parents divorced when he was seven. He attended Holms Chapel Comprehensive School, where he was the lead singer for the band White Eskimo, winning a local battle of the bands competition. 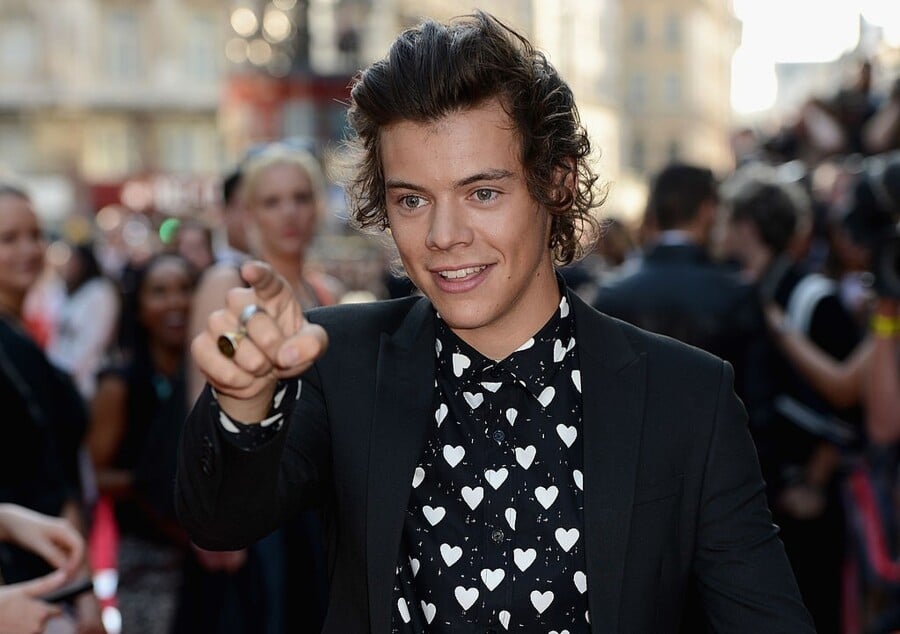 Rise to Fame – The X Factor and One Direction

In 2010, at the suggestion of his mother, Styles auditioned for the seventh season of the British singing competition show "The X Factor". Initially appearing on the show on a solo contestant, he failed to impress judges and did not make the pick for the "Boys" category. He was grouped with four other solo contestants from his age group that also did not make the cut, and together as a group they advanced in the competition under the "Groups" category instead. This group consisted of Styles, along with Niall Horan, Liam Payne, Louis Tomlinson, and Zayn Malik. Naming themselves "One Direction" at the suggestion of Styles, the group enjoyed widespread popularity in the UK, despite finishing third place in the competition. 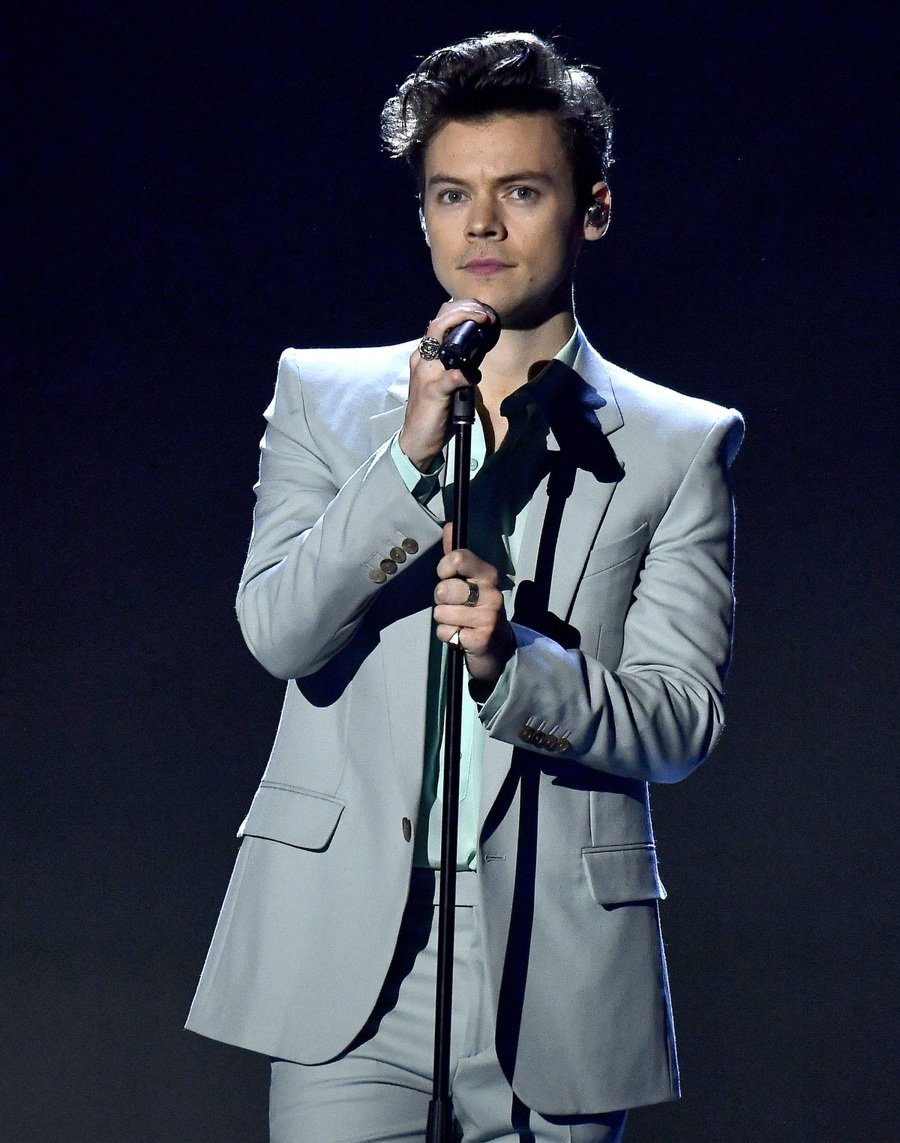 In January 2011, Simon Cowell, record executive and "The X Factor" judge, signed One Direction to Syco Records on a supposedly £2 million contract. The group's debut album "Up All Night" was released in November 2011, and they became the first UK group to have their debut album reach number one in the United States. Their second album "Take Me Home" was released in November 2012 to similar success, followed by their third album "Midnight Memories" in November 2013 and "Four" in November 2014. They were the first group in the history of the Billboard 200 chart to have their first four albums debut at number one. The group released their fifth and last album, "Made in the A.M.", in November 2015, featuring only four of the members following Malik's departure from the group in early 2015.

Following the hiatus of One Direction, announced in August 2015, and made official in January 2016, Styles has pursued his own successful career as a solo recording artist. He launched his own record label, Erskine Records, in May 2016 and signed a recording contract with Columbia Records (the same label behind One Direction) as a solo artist in June 2016.

His first solo single, "Sign of the Times", was released on April 7, 2017, and peaked at number one on the UK Singles Chart and number four on the Billboard Hot 100. The music video for the single won the BRIT Award for British Video of the Year. His debut televised solo performance was on "The Graham Norton Show" in the UK, and on "Saturday Night Live" as a musical guest in the US. 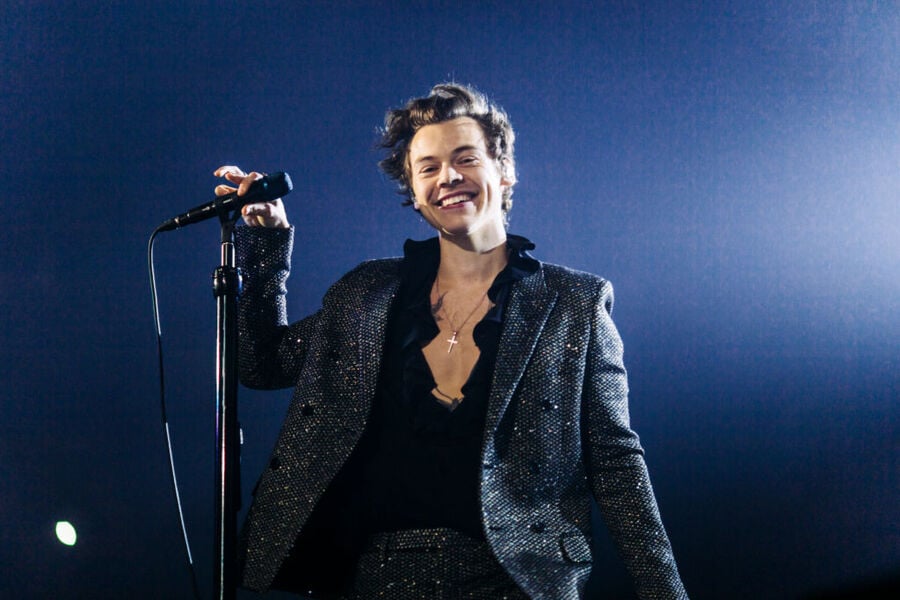 His self-titled debut solo album was release in May 2017 to positive reviews. To promote the album, he embarked on his first headlining concert tour, Harry Styles: Live on Tour, from September 2017 to July 2018, with stops in North and South American, Europe, Asia and Australia. Styles' second studio album "Fine Line" was released in October 2019, topping US charts and breaking the record as the biggest sales debut from an English male artist in the US. He was nominated at the 2020 Brit Awards for the British Male Solo Artist and British Album of the Year Awards.

Styles is not only a talented singer and performer, but an accomplished songwriter as well. He co-wrote many songs for One Direction, including the hit single "Best Song Ever". Other songs credited to Styles include Ariana Grande's "Just a Little Bit of Your Heart" and Michael Bublé's "Someday" (co-written with Meghan Trainor).

Acting and Other Pursuits

In addition to music, Styles has also taken on a diverse array of other pursuits. He made his film debut in Christopher Nolan's 2017 war film "Dunkirk" to a positive response from critics, beating out more than one hundred other candidates for the role. He is executive producer for the CBS sitcom "Happy Together", and he is also a successful model, appearing in several campaigns for Gucci in 2018. Furthermore, he also has guest hosted "The Late Late Show with James Corden" in December 2017 and December 2019, as well as hosted "Saturday Night Live" in November 2019. 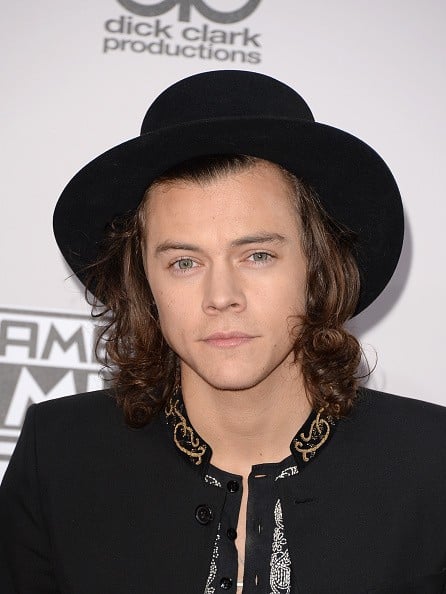 From November 2011 to January 2012, Styles was briefly in a relationship with "The Xtra Factor" presenter Caroline Flack, which caused controversy due to the couple's 14-year age gap. He also dated American pop star Taylor Swift in 2012, and model Camille Rowe from 2017 to 2018.

At some point in 2021 Harry began dating actress Olivia Wilde who was also directing him in the film "Don't Worry Darling." Their relationship led to Olivia and Jason Sudeikis divorcing.

Due to his flamboyant image and personal style, the subject of Styles' sexuality has long been a subject of speculation. Regarding this, Styles has publicly stated in 2017 that he does not "feel any need to label [his] sexuality or identify with one sexual orientation."