What is Harry Connick Jr.'s Net Worth?

Harry Connick, Jr. is an American singer, pianist, composer, conductor, actor, and "American Idol" judge who has a net worth of $45 million. The Recording Industry Association of America has ranked Connick Jr. one of America's top 60 best-selling male artists, and his albums have sold more than 30 million copies worldwide. With 13 #1 jazz albums in the U.S., Harry holds the distinction of having the most #1 albums of any artist on the U.S. jazz charts. Connick Jr. has also appeared in several films and television shows, judged aspiring stars on "American Idol" (2014-2016), and hosted a syndicated talk show (2016-2018).

Harry Connick Jr. was born Joseph Harry Fowler Connick Jr. on September 11, 1967, in New Orleans, Louisiana. His mother, Anita, was a judge and lawyer, and his father, Joseph, was a district attorney. Harry's parents owned a record store, and he was interested in music from an early age, learning to play the keyboard at just 3 years old. Connick Jr. began playing in public at age 5, and recorded with a jazz band when he was 10. At the age of 9, he performed with the New Orleans Symphony Orchestra and duetted with Eubie Blake on "I'm Just Wild About Harry" at the Royal Orleans Esplanade Lounge. Sadly, Harry and his sister, Suzanna, lost their mother to ovarian cancer in 1981, when Harry was 13 years old.

Harry studied under James Booker and Ellis Marsalis Jr. at the New Orleans Center for Creative Arts, and he also attended Lakeview School, Isidore Newman School, and Jesuit High School. After graduation, he briefly attended Loyola University before moving to New York to enroll at Hunter College and the Manhattan School of Music. Dr. George Butler, an executive at Columbia Records, was impressed with Connick Jr. and signed him to the label, releasing the album "Harry Connick Jr." in 1987.

In 1989, Connick Jr. provided the music for the "When Harry Met Sally…" soundtrack, which went double-platinum and earned him his first Grammy. The following year, he made his acting debut in "Memphis Belle" and released the albums "We Are in Love" and "Lofty's Roach Souffle." During the early 1990s, he appeared in "Little Man Tate," guest-starred on "Cheers," and released the albums "Blue Light, Red Light," "25," "When My Heart Finds Christmas," and "She." Harry played a serial killer in 1995's "Copycat," then appeared in blockbuster science-fiction movie "Independence Day" (1996), which grossed $817.4 million at the box office. He earned a nomination from the Blockbuster Entertainment Awards for his performance in 1998's "Hope Floats" and played the lead role in 1999's "Wayward Son."

In 2001, Connick Jr. starred in an ABC network production of "South Pacific," and the following year, he earned a Tony Award nomination for writing the score for the musical "Thou Shalt Not." He had a recurring role as Grace Adler's eventual husband on "Will & Grace" from 2002 to 2006, and in 2005, NBC aired "The Happy Elf," an animated Christmas special based on one of Harry's songs; he served as the special's producer, narrator, and composer. In 2006, Connick Jr. starred in "The Pajama Game" on Broadway, earning another Tony nomination, and the following year, he appeared in the film "P.S. I Love You." In 2011, he played a marine biologist in "Dolphin Tale" and returned to the Broadway stage, starring in "On a Clear Day You Can See Forever." In 2014, Harry became a judge on "American Idol" and stayed until the end of the show's original run on Fox in 2016. After "American Idol" ended, he began hosting his own daytime talk show, "Harry," which ran for 299 episodes and earned 5 Daytime Emmy Award nominations. Connick Jr. has released 26 studio albums, including 3 holiday albums and 6 instrumental albums; his most commercially successful album is 1993's "When My Heart Finds Christmas," which went triple-platinum. 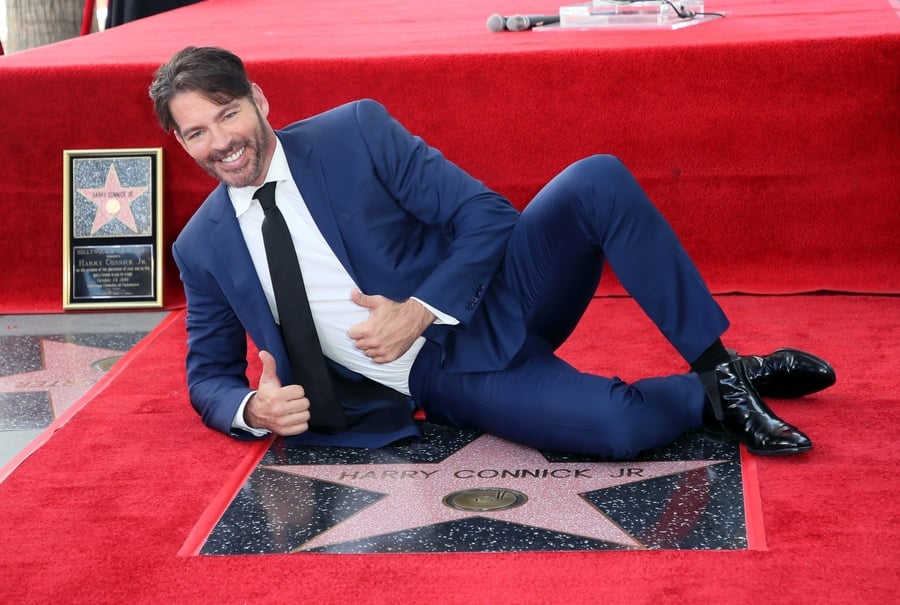 Harry married Jill Goodacre, a former Victoria's Secret model, on April 16, 1994, and they have 3 daughters together: Georgia (born in April 1996), Sarah (born in September 1997), and Charlotte (born in June 2002). Connick Jr. is Roman Catholic, and he performed for Pope Benedict during the "Concert of Hope" after the Pope's April 2008 Sunday mass at Yankee Stadium. A sports fan, Harry supports the New Orleans Saints and cheered them on at Super Bowl XLIV. In December 1992, Connick Jr. was arrested when a gun was discovered in his carry-on luggage at JFK airport; he spent 1 day in jail, made a public-service announcement about gun laws, and the charges were later dropped.

In 2005, Harry took part in Hurricane Katrina telethon "A Concert for Hurricane Relief" as an organizer and performer, and Habitat for Humanity named him an honorary chair of their Operation Home Delivery program. In 2006, he teamed up with Branford Marsalis and Habitat for Humanity to create a neighborhood known as Musicians' Village, which includes affordable housing and the Ellis Marsalis Center for Music. Connick Jr. received a Jefferson Award for Public Service in 2012 for his commitment to helping the people of New Orleans.

Connick Jr. has earned several awards and nominations for his music and acting work. He has been nominated for more than a dozen Grammys, winning for Best Jazz Vocal Performance, Male for "When Harry Met Sally" in 1990, Best Jazz Vocal Performance, Male for "We Are in Love" in 1991, and Best Traditional Pop Vocal Album for "Songs I Heard" in 2002. Harry has won 2 Primetime Emmy awards for Outstanding Music Direction on "Great Performances," for "Harry Connick, Jr.: 'Only You' In Concert" in 2004 and "Harry Connick Jr. In Concert On Broadway" in 2011. He received a star on the Hollywood Walk of Fame in 2019. 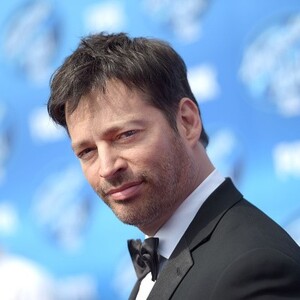