Halle Bailey net worth: Halle Bailey is an American actress and singer who has a net worth of $1 million. Halle Bailey was born in Atlanta, Georgia in March 2000. As a singer she has been a part of the duo Chloe X Halle with her sister Chloe Bailey since 2003. The R&B duo released their debut studio album The Kids Are Alright in 2018 and it reached #19 on the US R&B chart.

In 2019 they were nominated for Grammy Awards for Best New Artist and Best Urban Contemporary Album. As an actress Bailey is best known for starring as Sky Forster on the television series Grown-ish starting in 2018. She first appeared in the movie Last Holiday in 2006. Bailey has also appeared in episodes of the TV series House of Payne and Austin & Ally as well as in the TV movie Let It Shine and in the video shorts Beyoncé: All Night and Chloe x Halle: The Kids Are Alright. In June 2019 Halle was announced as the new Ariel for Disney's The Little Mermaid. 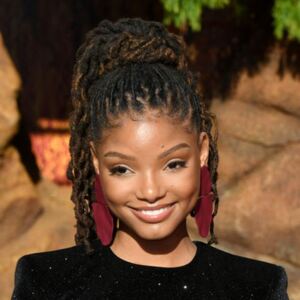