Haley Reinhart Net Worth: Haley Reinhart is an American singer/songwriter who has a net worth of $1.5 million. Haley Reinhart was born September 9, 1990 in Wheeling, Illinois. She is best known as the third place winner in the tenth season of American Idol. In July of 2011, Reinhart was signed to Interscope Records and 19 Entertainment and her debut album Listen Up!

was released on May 22, 2012 to positive reviews. Reinhart left Interscope Records in November 2012 and 19 Entertainment in 2014. As a youth, after graduating from high school in 2009, Reinhart attended Harper College in Palatine, Illinois, in 2009–2010, studying jazz. She performed at the 2009 Montreux Jazz Festival in Switzerland with her high school's jazz band and at Harper College with the college's Jazz Ensemble and the Jazz Lab. Reinhart first auditioned for the ninth season of American Idol in Chicago, but did not advance to the Hollywood round; however, she returned the following year for the tenth season of Idol in Milwaukee, Wisconsin and advanced. She received notable musician and celebrity support from Robert Plant, Lady Gaga, Jimmy Page, Kelly Clarkson, Adam Lambert, Tom Hanks, Ellen DeGeneres and others, who picked Reinhart as their favorite Season 10 contestant. In fact, Robert Plant and Jimmy Page contacted Idol producers and offered Reinhart the opportunity to sing a Led Zeppelin song for Top 3 week. Reinhart guest-starred on 90210 on the fourth season episode, Blue Ivy, and performed her single Free. On April 11, 2012, it was announced that Reinhart would be a part of the 2012 Lollapalooza lineup. 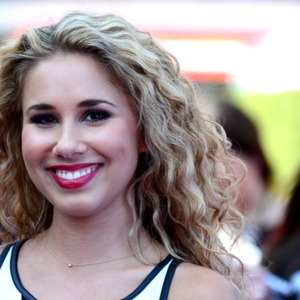