Hal David Net Worth: Hal David was an American lyricist who had a net worth of $20 million. Hal David was born in New York, New York in May 1921 and passed away in September 2012.He started writing lyrics in the 1940s for bandleader Sammy Kaye and Guy Lombardo. He also worked with Monty Nevins from The Three Suns. Hal met Burt Bacharach in New York in 1957. The pair wrote the hit song "The Story of My Life" which was recorded by Marty Robbins in 1957. The duo wrote songs for Dionne Warwick, The Carpenters, Dusty Springfield, Gene Pitney, B.J. Thomas, Tom Jones, and Jackie DeShannon. Some of the hit songs the pair wrote include "Raindrops Keep Fallin' on My Head", "I'll Never Fall in Love Again", "This Guy's in Love with You", "Walk On By", "Do You Know the Way to San Jose", "I Say a Little Prayer", "What's New Pussycat", and "(There's) Always Something There to Remind Me". 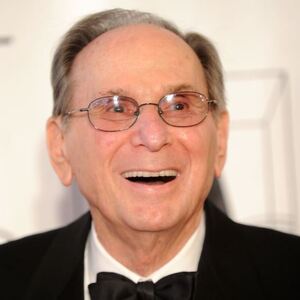