Guy Sebastian Net Worth: Guy Sebastian is an Australian R&B Pop singer who has a net worth of $11 million. Sebastian is probably most famous for winning the first season of "Australian Idol" in 2003. He later became a judge for Australia's version of "X Factor" from 2010 to 2016. In 2015, Guy finished in fifth place at the Eurovision Song Contest. Currently, he is a coach on the reality show "The Voice Australia."

After winning "Australian Idol," Sebastian released a number of albums, many of which topped the charts. Seven of these albums have achieved platinum status at the very least. In terms of singles, Guy has released six number-one hits – setting a new record for Australian male artists. His single "Battle Scars" went 11 times platinum. Because of these impressive feats, Guy is one of the most financially-successful "Australian Idol" winners of all time.

Outside of his solo career, Guy is known for collaborating with a range of high-profile artists, such as Lupe Fiasco, Robin Thicke, Jordin Sparks, Eve, and many others. Despite being most successful in Australia and New Zealand, many of Sebastian's singles have charted in the US as well. Over the years, Sebastian has also won many notable awards.

Early Life: Guy Theodore Sebastian was born on October 26th of 1981 in Klang, Malaysia. Sebastian has Malaysian, Tamil, Indian, Ceylonese, Portuguese, Eurasian, and English heritage. Raised alongside three brothers, Guy moved to Australia when he was six years old. Although the family initially lived in Melbourne, they settled in Adelaide so that Guy's father could find work as a geologist.

During his youth, Sebastian quickly became passionate about music. He played the violin, the guitar, the drums, and the piano. Guy is self-taught in all of these instruments. He also became an avid church-goer during his childhood and sang in the choir and other church groups. After graduating from high school, Sebastian attended the University of South Australia and studied Medical Radiation. However, he soon dropped out to pursue a musical career. During this period, he taught vocals at various high schools while studying music technology at the University of Adelaide's Elder School of Music.

Career:  In 2003, Guy auditioned for "Australian Idol" and quickly became a fan favorite on the show. Advancing steadily through the series, he won the competition in 2003 and gained a recording contract with BMG (a subsidiary of Sony). As per the rules, he was required to record his debut album in just six days. He then competed in the UK-based "World Idol," although he finished seventh.

Sebastian truly arrived on the scene with the release of "Angels Brought Me Here," which debuted at number one on the charts and became incredibly popular in Australia. When the dust cleared, the single had earned five-times platinum status. It remained the highest-selling single in Australia until 2011. Later in 2003, Guy released his debut album, "Just as I Am." The album later went seven times platinum and proved popular in New Zealand, Malaysia, Indonesia, and other parts of Australasia.

In 2004, Sebastian released his second album, "Beautiful Life." Robin Thicke and Brian McKnight collaborated with him on this album, and Mya also featured on a duet. Once again, Guy's album proved to be a major hit in Australia, peaking at number one and gaining platinum certification. In support of his latest album, Sebastian toured across Australia.

In 2006, Guy appeared on the show "It Takes Two" as a mentor. That year, he released his third album, "Closer to the Sun," which achieved platinum status once again. After touring with the MGs and Booker T, he released a cover album called "The Memphis Album." In 2008, he began work on an album that would be released in the United States. "Like It Like That" was subsequently released in 2009. During this period, he also gained notoriety for the track "Art of Love," which was a duet with Jordin Sparks.

In 2010, Sebastian ventured back into the world of television, acting as a judge for Australia's "The X Factor." He also toured the United States with Jordin Sparks and released an album called "Twenty Ten" in 2010. This album represented a notable change of pace, as it featured a dance/electro style instead of his usual soulful tracks. Sebastian then renewed his contract with Sony and toured the UK with Boyzone and helped Lionel Richie with his Australian tour.

In 2012, Sebastian proved that he was still relevant with the album "Armageddon," which achieved quadruple platinum status. This album featured the track "Battle Scars," which was a collaboration with Lupe Fiasco. The track was incredibly successful, not only in Australia but also across the world. "Battle Scars" proved popular in the United States, where it sold one million units. In addition, "Armageddon" helped Sebastian win a number of awards.

In 2015, Sebastian entered the Eurovision Song Contest, becoming the first-ever Australian to participate in the competition. He finished in fifth place. In 2020, Guy released his ninth studio album, "T.R.U.T.H.," which debuted at number one on the Australian charts.

Relationships: In 2007, Sebastian married his girlfriend of many years, Jules Egan. Over the course of their relationship, they have had two children together.

Real Estate: In 2013, it was reported that Sebastian had purchased a home in Maroubra, Sydney for 3.1 million Australian dollars. The property comes complete with a tennis court and a heated pool. Guy actually obtained the home in an auction, and his financial adviser managed to acquire it after bidding started at $2.5 million. The home is built across two separate lots which span a total of 1,336 square meters. 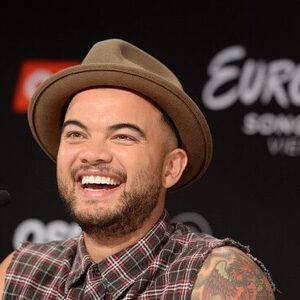