Gunnar Nelson net worth: Gunnar Nelson is an American musician who has a net worth of $3 million. He is best known for being half of the musical group Nelson, which helped Gunnar rise to fame as an international multi-platinum recording artist. Gunnar Nelson was born in 1967 in Santa Monica, California to teen idol, Ricky Nelson and actress Kristin Harmon.

He and his twin brother, Matthew, along with his sister Tracy, and brother, Sam, were the grandchildren of Ozzie Nelson and Harriet Hilliard, from the television show Ozzie and Harriet. Gunnar and his twin brother, Matthew, like many people in their family, were very interested in music. They spent two years learning how to write songs and, in the process, met their mentor, Los Angeles record producer Marc Tanner. Tanner would later go on to help the twins write their triple-platinum album, After the Rain, that contained hits like "(I Can't Live Without Your) Love and Affection," "After the Rain," and "More Than Ever."  In 1995, after leaving Geffen Records, Gunnar co-founded the Stone Canyon Records label with his brother. He released seven albums on that label. He released seven albums on that label. Gunnar Nelson plays a variety of musical instruments, including the drums, electric and acoustic guitars, mandolin, piano, and bazouki. He has toured with Peter Frampton and Styx in addition to singing the theme of Team Chaotic in the video game Sonic Heroes. Gunnar has also dabbled in reality television having appeared on Season 3 of Celebrity Fit Club and in 2015 on Celebrity Wife Swap, where he traded lives with Vince Neil. Gunnar Nelson is married to Lila Kersavage and the couple are currently living in Nashville with their three daughters. 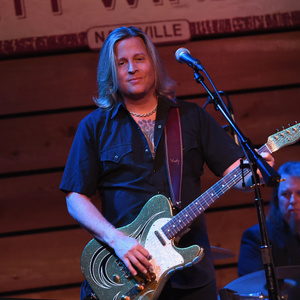