Greyson Chance net worth: Greyson Chance is an American pop rock singer and pianist who has a net worth of $2.4 million. Greyson Chance first became famous in 2010 when a YouTube video of his performance of Lady Gaga's "Paparazzi" at a sixth-grade music festival went viral. Today that video has more than 55 million views. Several of his other YouTube videos have been viewed over 1 million times. In total his channel has 100 million views and 400,000 subscribers. In October 2010, Chance released his debut single "Waiting Outside the Lines". On August 2, 2011, his debut album Hold On 'til the Night was released. Greyson was born on August 16, 1997 in Wichita Falls, Texas and he currently lives in Edmond, Oklahoma. Even though Chance has not has any formal vocal training he started playing the piano at the age of 8. Today his music is inspired by Christian Aguilera, the rock band Augustana, R&B singer John Legend, singer/songwriter Elton John, and the Beatles. He performed his single " Unfriend You" on May 23, 2011 on the Ellen DeGeneres Show. He is also an actor who has appeared on several TV shows. 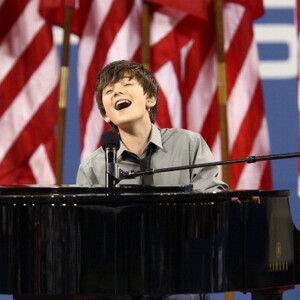