What Is Gregg Alexander's Net Worth?

Gregg Alexander is an American singer, songwriter, and producer who has a net worth of $8 million. Alexander is best known for being the front man of the band the New Radicals. The band released the album "Maybe You've Been Brainwashed Too" in 1998, and it featured the singles "You Get What You Give" and "Someday We'll Know." "You Get What You Give" reached #1 in Canada and New Zealand and was ranked #11 on VH1's "40 Greatest One-Hit Wonders of the '90s" list, #64 on VH1's "100 Greatest One-Hit Wonders" list, #440 on "Blender" magazine's "500 Greatest Songs Since You Were Born" list, #106 on "Pitchfork's" "Top 200 Tracks of the 1990s" list, and #37 on "Rolling Stone's" "50 Best Songs of the Nineties" list. As a solo artist, Gregg has released the albums "Michigan Rain" (1989) and "Intoxifornication" (1992). He also wrote songs for the 2013 film "Begin Again," including the Academy Award-nominated song "Lost Stars." Alexander co-wrote the 2002 Santana song "The Game of Love," which won a Grammy for Best Pop Collaboration with Vocals.

Gregg Alexander was born Gregory Aiuto on May 4, 1970, in Grosse Pointe, Michigan. He grew up in a conservative Jehovah's Witness family, and he has two siblings, Caroline and Stephen. Alexander received his first guitar when he was 12 years old, and he taught himself how to play numerous instruments. At the age of 14, Gregg joined a band called The Circus, which included his brother and classmates John Mabarak and George Snow. By the time Alexander was 16, record producer Jimmy Iovine had offered him a record contract with A&M Records, and at age 19, he released his first album, 1989's "Michigan Rain." He signed with Epic Records in 1992 and released the album "Intoxifornication," which consisted mostly of songs from "Michigan Rain," later that year. In the mid-1990s, Gregg spent some time busking in Central Park and Tompkins Square Park.


Alexander formed the alternative rock band the New Radicals in 1997, and they released the album "Maybe You've Been Brainwashed Too" on October 20, 1998. The album was certified Platinum in the U.S. and Gold in Canada and the U.K. "You Get What You Give," the album's first single, was a top 10 hit in Canada, New Zealand, and the U.K. A few days after the New Radicals released their second single, "Someday We'll Know," Gregg announced that he was disbanding the group and would focus on production work instead.

Doug Emhoff, the husband of now-Vice President Kamala Harris, used "You Get What You Give" as his walk-on music during the 2020 Presidential campaign, and it was a favorite song of Joe Biden's son Beau, who died of brain cancer in 2015. In Joe Biden's 2018 memoir "Promise Me, Dad," he wrote, "During breakfast, Beau would often make me listen to what I thought was his theme song, 'You Get What You Give' by the New Radicals. Even though Beau never stopped fighting and his will to live was stronger than most – I think he knew that this day might come. The words to the song are: This whole damn world can fall apart. You'll be ok, follow your heart." The New Radicals reunited for the first time in more than two decades to perform the song at the virtual "Parade Across America" as part of President Biden's inauguration celebration. Alexander said of the reunion, "If there's one thing on Earth that would possibly make us get the band together, if only for a day, it is the hope that our song could be even the tiniest beacon of light in such a dark time. America knows in its heart that things will get bright again with a new administration and a real plan for vaccines on the way. That's the message of the song… this world is gonna pull through." 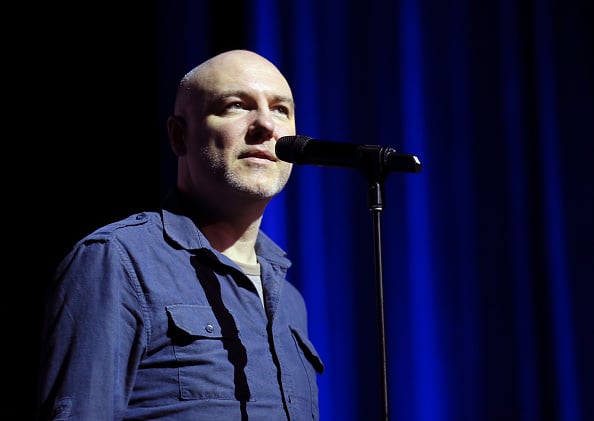 Arguably his most-famous songwriting accomplishment outside of the New Radicals was the Grammy winning song "The Game of Love" by Santana (featuring Michelle Branch), which topped the "Billboard" Adult Contemporary and Adult Top 40 charts and reached the top 10 in several countries.

In 2006, Stephen Thomas Erlewine of "AllMusic" called Alexander "the catchiest, smartest professional mainstream pop songwriter of the early 2000s" in his review of the Melanie C album "Reason," which includes a song co-written by Gregg called "On the Horizon." Alexander co-wrote four songs on the 2003 Enrique Iglesias album "7" and the song "Lost Without Each Other" on the 2004 Hanson album "Underneath." He co-wrote and co-produced music for the 2013 Keira Knightley-Mark Ruffalo film "Begin Again," and the song "Lost Stars" earned an Academy Award nomination as well as several other awards and nominations. In 2014, Gregg performed the song at the Hollywood Music in Media Awards, his first time performing publicly since his days in the New Radicals. In recent years, he has worked with The Struts, Spencer Ludwig, and the Kaiser Chiefs.

In 2014, Gregg spoke to "The Hollywood Reporter" about his decision to disband the New Radicals, stating:

"Touring was fun. Playing live was exciting. I just wish there would have been an off-button, you know? If modern pop-culture was just about the work and performing and creating some sort of euphoria for those who are inclined to like what you do, if there was a way to turn it off when you're offstage, it would be the greatest job on the planet."

"I simply missed feeling like an artist everyday and being able to write songs everyday and not feel like my time was being controlled and managed to answer to corporate shareholders. I missed my old life." 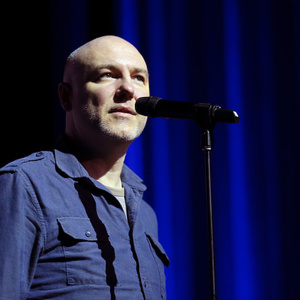