The band had 15 singles that reached the Top 10 charts in the United Kingdom including "My Girl", "Baggy Trousers", "It Must Be Love", "Embarrassment", "House of Fun", "Out House", "Driving in My Car", "Wings of a Dove", and "Lovestruck". Their debut studio album One Step Beyond… was released in 1979 and reached #2 in the UK. Their second album Absolutely was released in 1980 and also reached #2 in the UK. Madness has released a total of 10 studio albums. They won an Ivor Novello Award for Best Song for "Our House" and another for Outstanding Song Collection. In 2010 Madness was awarded the Idol Award at the Q Awards. In 1995 McPherson started a solo career and has released two studio albums. As an actor he has almost 50 acting credits to his name including the movies The Tall Guy and Don't Go Breaking My Heart. He has authored the books Suggs and the City: My Journeys Through Disappearing London and Suggs: That Close. 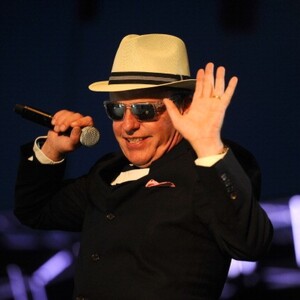