Graham Gouldman net worth: Graham Gouldman is an English singer, songwriter, and musician who has a net worth of $5 million. Graham Gouldman was born in Broughton, Salford, Lancashire, England in May 1946. He is best known for being the bassist and vocalist for the rock band 10cc. As a solo artist he released his debut studio album The Graham Gouldman Thing in 1968.

Gouldman also released the solo albums Animalympics in 1980, And Another Thing… in 2000, and Love and Work in 2012. He worked as a hit songwriter before forming 10cc in 1972. 10cc released their self-titled debut studio album in 1973. Their albums Sheet Music in 1974, The Original Soundtrack in 1975, How Dare You! in 1976, and Deceptive Bends in 1977 were all certified Gold in the UK and How Dare You! reached #1 in New Zealand. 10cc had hit singles with the songs "Neanderthal Man", "Donna", "Rubber Bullets", "The Dean and I", "I'm Not in Love", "The Things We Do for Love", and "Dreadlock Holiday". In 2014 Gouldman was inducted into the Songwriters Hall of Fame. 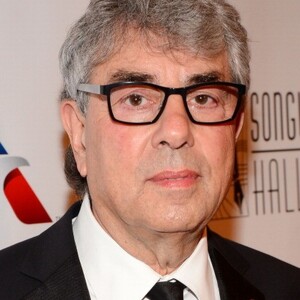